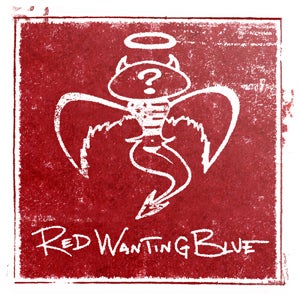 The Saint in Asbury Park NJ is a great place to see a show, it’s a very intimate venue that rarely brings in a big crowd.  In celebration of The Saint’s 15th anniversary Red Wanting Blue headlined the show on Sunday.  I first saw RWB in June 2009, when they made their way from Columbus Ohio to Asbury Park for The Wave Music Festival.  I was immediately drawn to the band and so excited to see them back in the area.
On tour now with their sophomore release These Magnificent Miles this band is definitely one to see live.  The set included most tracks from the newest album and a few from the earlier release Pride:  The Cold Lover.  My favorite song from Sunday night was “The Band” with heart-wrenching lyrics like “I will sing you songs/wishing my words carried on as long as a stone on a band of gold/cause I’m just a rolling stone and a band on the road”, lead singer Scott Terry evokes so much emotion in his performance I get chills.
Returning to the stage after the crowd chants ‘one more song‘  the encore includes an Old Crow Medicine Show fun cover song  “Wagon Wheel”.

now!
Check out this video below of Red Wanting Blue performing at the Wave Gathering Festival June 2009: