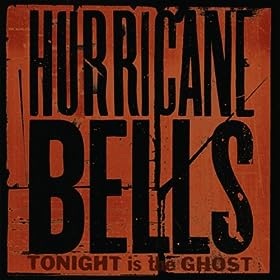 Today Hurricane Bells premiered the video for “This Is A Test” on AltPress.com. The video, created by band architect Steve Schiltz, can now be seen below. This title is off their album, Tonight is the Ghost – available on iTunes

The band is also featured in the current issue of Alternative Press as one of ‘100 Bands You Need To Know In 2010.’ “This Is A Test” is the third video from the band’s debut album Tonight Is The Ghost, which Schiltz wrote, played, recorded, and mixed entirely himself. “This Year,” also from the album, premiered on Entertainment Weekly’s Music Mix blog in early November while “Monsters,” from the The Twilight Saga: New Moon soundtrack, premiered last month on AOL Music’s Spinner blog. Vagrant released Tonight Is The Ghost digitally in November and a physical release is expected next month. More details will be announced soon.

Hurricane Bells, the new project from Longwave frontman Schiltz, will next travel to Austin, TX, in two weeks to perform at this year’s SXSW festival. The band will play twice on Friday, March 19th: at the Consequence of Sound/Rock It Out! day party at Republic Live (5:35pm set time) and in an official showcase at Rusty Spurs later that night (12am set time). Schiltz and touring band member Ashen Keilyn (also of Scout) will also head out as an acoustic duo opening for Blue October throughout April. Headlining tour news will be announced soon; full current itinerary is below.