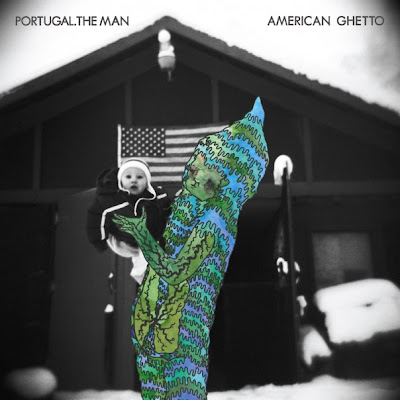 If poetry-infused, Alaskan-grown rock was made for you, don’t forget to check-out the Mar. 2 release of Portugal. The Man’s fifth full-album, American Ghetto.

“We worked very hard on this coming album and we did it our way and a bit different in a lot of ways to our past releases,” promises the band, via their website.

The best way to describe Portugal. The Man is with one word: indescribable. While maintaining a distinguishable sound, Portugal offered something different in each of their prior releases. Consider the trippy, synthetic sounds of their mini-album It’s Complicated Being a Wizard, or the sensual, jazz-like harmonies of Censored Colors. From the band’s start, their sound never shied away from bold percussion, electronics, and vocal bliss.

Portugal gave fans a taste of the upcoming album with a free download of “The Dead Dog.” One thing’s for sure, there is nothing dead about the song. The band finally perfected the combination of elements they experimented with in their first four albums.

If you plan on catching Portugal for the first time during their spring 2010 tour, you won’t be disappointed. Their feel-good vibes break down the barrier between performer and audience. In no time you’ll be brought back to that summer you spent jamming in your best friend’s basement until the sun came up.

Portugal. The Man’s American Ghetto is available now on

2 thoughts on “Anticipation Over for 'American Ghetto'”