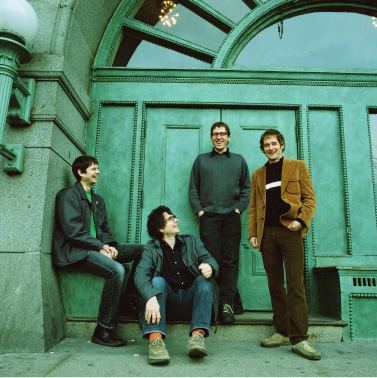 Earlier this week, Wilco announced that they will be curating and headlining a new independently promoted and ticketed festival of music, art, comedy, and interactivity at the largest center for contemporary art in the US.

I heard about this festival through the music blogger Bob Lefsetz and thought it sounded really cool. This is probably the best deal you can find for a three-day festival! Here are details about the show:

“The Solid Sound Festival is a new festival curated by the Chicago band Wilco. It debuts August 13 – 15 at MASS MoCA (Massachusetts Museum of Contemporary Art) in North Adams, MA. The Solid Sound Festival is an independently promoted and ticketed three-day event of music, art, comedy, interactivity and more. Wilco headlines the weekend, in the bandʼs only East Coast performance of the summer. This new festival also presents individual performances by all the Wilco membersʼ side projects including Glenn Kotcheʼs On Fillmore, The Nels Cline Singers, The Autumn Defense featuring John Stirratt and Pat Sansone and Mikael Jorgensenʼs Pronto.

The Solid Sound Festival at MASS MoCA also plays host to additional musical performances, a fully programmed comedy stage, interactive installations and exhibits (including the Solid Sound Stompbox Station, an interactive guitar pedal exhibit created and demonstrated by Wilco guitarist Nels Cline, a concert-poster screening demonstration, planned workshops by luthiers and more), plus film, video installations and djʼs. Festival attendees will have full access to the entire MASS MoCA campus, which incorporates 150,000 square feet of galleries. MASS MoCA, a renovated 19th century textile mill, is the largest center for contemporary visual and performing arts in the U.S. Art on display in the galleries during the festival includes the Sol LeWitt Retrospective (chosen #1 exhibition of the year by Time magazine), Inigo Manglano Ovalleʼs Gravity is a Force to be Reckoned with, Petah Coyneʼs Material World: Sculpture to Environment, Leonard Nimoyʼs Secret Selves and a new installation by Michael Oatman.