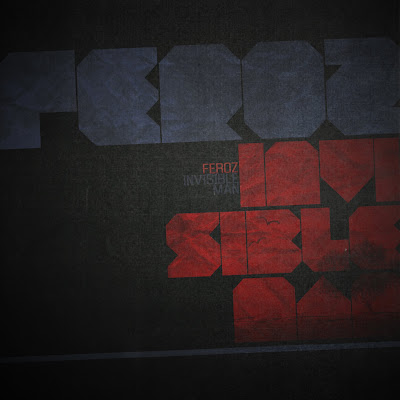 Young, up and coming rapper Feroz shows a wide range of talents in his latest mixtape, Invisible Man. The street album features appearances from Cory Gunz of “A Milli” remix fame and Zubi allows the New Jersey native to offer a wide variety in his songs. “Saw,” a song which uses the theme music and plotline from the like named film is an interesting idea that keeps the CD fresh. This sort of inventive nature is what leads one to believe that Feroz can make it as a premier artist in the rap game. From songs that speak of life on the streets and its hard realities, to the softer side of love and relationships; Feroz tackles numerous subjects.

The strength of the record lies in songs that relate to Feroz’s actual life as opposed to when he attempts to emulate the “gangsta” lifestyle. Softer more emotionally driven songs such as “I’m” and “The Tonight Show” allow the artist to put his feelings on the table and truly engage the listener. This sort of style has been slowly becoming more prevalent in hip-hop with such artist as Lupe Fiasco and Drake rising on the scene and charts. Feroz makes good use of tracks that feature some high level producers on the beat. His rhymes while not always possessing the most sophisticated metaphors are always on point and follow the flow of each individual song well. Given the chance to put out a full studio album, Feroz could very well achieve fame and possess the ability to produce a hit single.

The mixtape, Invisible Man is available now on Feroz’s official website. Check it out HERE!