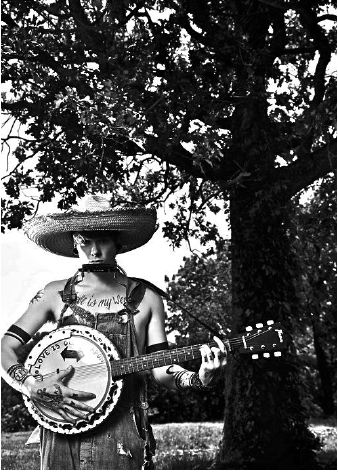 “This might be tough.  I’m in my twenties now and this kid’s got the most ridiculous haircut I’ve ever seen.  Wait, he’s twenty?  Oh dear God.  Hmm, he writes songs?  Oh, they’re actually really fun and well-crafted?  Okay, now we’re getting somewhere!”

Besides the haircut, Christofer Drew Ingle knows what he’s doing as a songwriter.  This is obvious from the single “This Shit Getz Old,” the catchiest song I’ve heard in the last few months, and one that’s sure to be a future fan favorite.  Still, despite clear chops in the field, the influences he draws upon are very apparent and happen to be all over NSN’s new LP Harmony.  I’m going to list them because it’s easier that way:

Okay those are the main three I found.  Admittedly, I don’t listen to music in this genre too often, save the occasional Four Year Strong or Forever the Sickest Kids guilty pleasure.  Those aren’t great comparisons musically, but the feeling’s the same.  While I’m way more into the hipster indieverse now, I went to enough Warped Tours in the mid ’00s to have a grasp of what the band is trying to accomplish.  What I will say though is that between drums, bass, guitar, ukulele, handclaps, harmonica, and stomping beats, this record is pretty diverse.  The album deserves the folk rock label on Wikipedia as much as it deserves the pop punk one.

The set does stick together in the end, sounding like a unified band held together by Ingle’s voice more than anything else.  I know it’s a dangerous comparison, but I would claim that Never Shout Never is something like the Sufjan Stevens of the 14 year old girl crush world (blasphemy!!!).  Please don’t tear me apart for this, but instead take the album as almost a concept on relationships.  Other similarities can be found to typical singer-songwriters like Jason Mraz and maybe even some Weezer.  I base this on the happiness and random direction changes that often occur mid song, of course.

When all is said and done, this is music clearly designed to woo a girl and mend a broken heart.  Still, the band is inventive and doesn’t let a hook get away from them while doing so.  This is feel good music from a feel good guy, and in time I hope he bucks the “Rooney mold” and sings about something other than how much he loves me.  Standouts are “This Shit Getz Old,” “Cheatercheaterbestfriendeater,” and “First Dance.”  (There’s a part in the latter that sounds like Mike Pinto and gives me butterflys, by the way.)  Enjoy a sample and by the album if you’ve saved your money up!