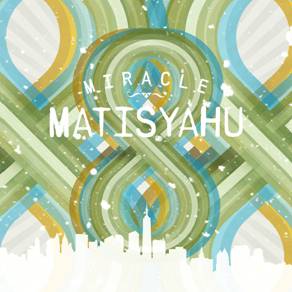 Just in time for the holiday, Matisyahu has released a brand new Chanukah song, “Miracle,” on iTunes, the song comes one week ahead of the Festival of Light, his fifth annual series of shows celebrating Chanukah. The song is an uplifting pop gem produced by Dr. Luke protégé Kool Kojak (Flo Rida, Katy Perry, Ke$ha). “Miracle” is now streaming on Matisyahu’s web site www.matisyahuworld.com and is available on iTunes.

Matisyahu says, “There are so many Christmas songs out there. I wanted to give the Jewish kids something to be proud of. We’ve got Adam Sandler’s song, which is hilarious, but I wanted to try to get across some of the depth and spirituality inherent in the holiday in a fun, celebratory song. My boy Kojak was in town so at the last minute we went into the studio in the spirit of miracles and underdogs and this is what we came up with. Happy Hannukah!”

Matisyahu, backed by his band The Dub Trio, kicked off the Festival of Light at Brooklyn, NY,’s Brooklyn Bowl on November 29th. He will play four shows in Brooklyn and, for the first time ever, will be taking the Festival of Light on the road for additional Northeast dates, including stops in Albany, Boston, Baltimore, Philadelphia and Portland, ME. Be sure to catch Matisyahu live during his final east coast shows of 2010!