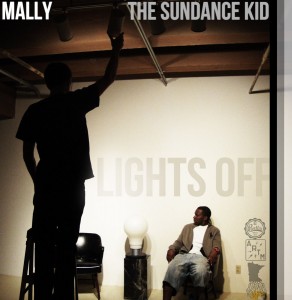 Today’s song is “Lights Off” by Minneapolis, MN hip-hop artist Mally. The song invokes a feeling of high energy and serve as an ode to the “real” or as an anthem for those who appreciate and create good music and will represent the culture for years to come. Currently, Mally is working on a brand new album with producer The Sundance Kid which is slated for spring/summer release of 2011. This along with 2 other tracks were released as part of a monthly “Free On The 15th” series. The series started in September 2010 will continue to share free music until the album drops in April 2011.

Listen to the song below and for more information on Mally check out his MySpace, Facebook, and Twitter pages. Get “Lights Off” here, “Heir Time” here, and “The Renaissance” here! There will be a digital song-package release on the 15th of every month up until April release date. So be on the lookout for the next single release on January 15th.