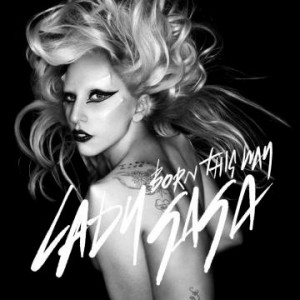 Early Friday morning Lady Gaga dropped “Born This Way,” the first single and title track from the upcoming album onto the world. The song was written by: Lady Gaga and produced by Lady Gaga, Fernando Garibay, DJ White Shadow.

Fans in the US can download the single right now for free when they pre-ordering the Born This Way album from Target.com, where the hotly anticipated release is being sold as an exclusive deluxe version with three additional studio tracks and five remixes. Little monsters in the US and internationally can also snag the single on iTunes now. The album is due out May 23rd.

On Feb. 19th, Gaga will hit the road in North America once again for the final leg of the Monster Ball Tour. The Monster Ball began in November 2009 and will wrap up this May, after a year and a half of stellar, critically acclaimed performances worldwide.

Be sure to watch Sunday’s 60 Minutes (7pm, CBS) for Lady Gaga’s revealing interview with Anderson Cooper, an hour before the 53rd GRAMMY Awards.