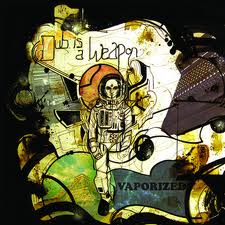 To many, Dub is a Weapon is considered the champion of the Brooklyn “Underground” music scene. Together for 10 years, Dub is a Weapon has formed a tight and sonically pleasing sound with a wide variety of instrumentation. Their latest album titled “Vaporized” is receiving raving reviews. Don’t miss the Album Release Party at Sullivan Hall April 16th, 2011.

“The nine tracks presented on “Vaporized” display an elegant mix of guitar, saxophone, and dub mixing skills. The tracks morph from subtle roots to extroverted finales, utilizing a dazzling array of textures and styles along the way.” – J. Evan Wade