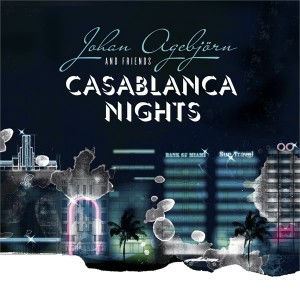 Casablanca Nights, featuring collaborations with CFCF, Steve Moore (Lovelock, Zombi, Miracle), Sally Shapiro, Fred Ventura, Lake Heartbeat, Le Prix, and many more, was mostly done through the internet. Many vocals and instrumentations was recorded everywhere from Montreal to London, and Pittsburgh to Milan, while mastermind and producer Johan Agebjörn was back in Sweden, putting together the pieces.

Listen below and for more information check out their official website and get the song FREE on Facebook.

“Watch The World Go By”