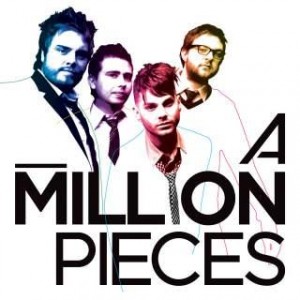 Emerging pop/rock act A Million Pieces roll out their self-titled Scallywag Records EP with a record release party at LA’s famed Key Club tomorrow, Tuesday, April 26, offering free admission before 9 p.m. A Million Pieces was produced by Jerrod “Skins” Bettis (the original drummer for OneRepublic), who will also perform with the band that evening.

“After producing pop record after rock record after hip hop record, it was a natural progression to be involved with a young, up-and-coming rock band. These guys are awesome and talented…It became a personal project for me and it was really awesome to be a part of it,” said Bettis of the record.

For more information on the band and to grab their EP on Tuesday, visit their official website.