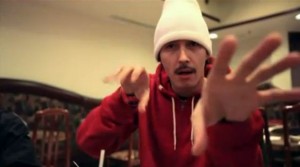 Today’s song is “Grab Grab Grab” by Moka Only. This is off his new album AIRPORT 5. When Drake was still on TV in a wheelchair, Canadian rapper/producer Moka Only was already halfway through a discography that now numbers more than 40 albums, aside from his work with Canadian heavy hitters Len, and the multi-platinum Swollen Members, which he helped found and won three consecutive Juno awards with.

Listen below and for more information check out his Twitter page.