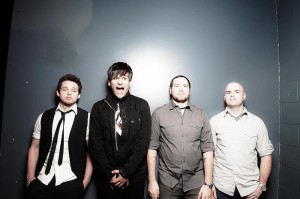 Their early demos and debut EP, Memory of You, have brought the band undeniable success, grabbing the attention and support of industry heavy hitters such as Tom Delonge of Blink-182 and Angels & Airwaves, Jordan Pundik and Chad Gilbert of New Found Glory, Paramore lead vocalist Hayley Williams, Jack Barakat and Alex Gaskarth of All Time Low, and Nick Thompson, front-man of Ohio based fellow pop/punk band Hit the Lights. Produced by Tyler Smyth of Let’s Get It, Memory of You was released in May 2011. The band also shot two music videos for “Memory of You” and “Someday” with the help of Taylor Folies (Let’s Get It). Come November 2011, the Memory of You video will be featured in over 1,000 Journeys stores world wide.

Reflecting a positive vibe is important to the group. Weiss explains the idea behind the bands message as,”Life After Liftoff started with the idea that if you look around the world and you are in a bad place yourself, you have the power to change your own circumstances as well as the world around you. Having the opportunity to get that message out there is a humbling thing for all of us. Our hope is that people walk away from our shows inspired and feel there is hope to make changes for the better in the world.”

Listen below and for more information on Life After Lift off check out their official website.