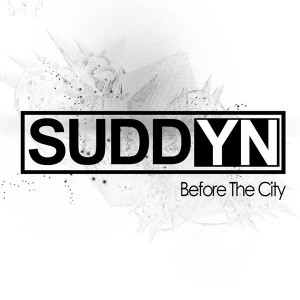 Suddyn’s crisp, collected sound is proof that not all electro-rock bands have to sound like a five-year-olds first hour with a Casio keyboard. Technically solid bands are becoming harder and harder to find as anyone with a Mac seems to be making songs and putting them on YouTube. It’s clear that brothers Alan and Jarrett Steil have taken the time to hone their skills.

Cutting their teeth while touring in Ireland the band can crank up the tempo of a song to get the crowd involved while still maintaining control to keep their attention. This attention to the intricacies of making and performing music give Suddyn a firm base for their music.

Any successful artist can trace what they’ve achieved to having a strong foundation. From there they were able to build on that foundation with their own originality. This leaves Suddyn with a jumping off point, that when infused with their own individual style, can catapult them to stardom. “Naked Prophecy” is a song that easily could garner radio play with a chorus that will stick in a listener’s head and wake their feet up. However, the group is still in need of something more in order to grow an interested fan base. This is the type of band to watch, they could easily breakout in the coming years with some added edge to their sound. Don’t be surprised if you’re telling your friends you listened to Suddyn before they were famous.