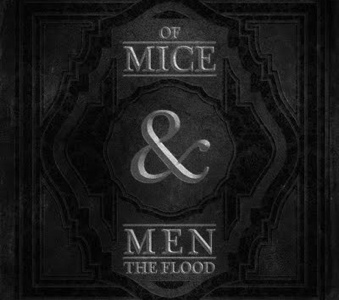 Ah metalcore, a genre of music that I’ve never quite known what to do with. Some people love to blare it in the gym, or in their truck, or in a garage somewhere; at the end of the day it doesn’t really matter where metalcore gets played, what matters is that it gets played as loud as possible. Of Mice and Men’s third album, a reissue of their second album, The Flood reissue features four new tracks to rattle the skulls of listeners. With the original The Flood being out for over a year now I’ll just sum it up with a simple review, it’s loud, it’s heavy and songs like “Purified” will undoubtedly raise your blood pressure. Now, onto the new stuff, the fun little four bonus tracks as I’m going to call them.

“The Calm” is an oddly serene track that seems to fit better in at a beach with waves crashing in the background then it does at a muddy pit packed with sweating OMM fans. The calm vibes don’t last for long as the appropriately named “The Storm” brings thunder and lightning to that once calm beach. From there OMM is off and running with blazing guitars and roaring voices on the equally hardcore, “The Flood” and “The Depths.” Ultimately, the four songs do what they should, they feel like a short film, there own little story is told and really adds to what was already a solid metal album. They are their own story and are anything but an afterthought or money grab for the group. That story is about a band that has certainly gone through some changes with Shayley Bourget leaving the band do to battles with depression and alcoholism, as Austin Carlile takes over the main vocals. However, where the new tracks end in the depths the band ends at the summit, producing more music to slowly destroy speakers and eardrums alike.