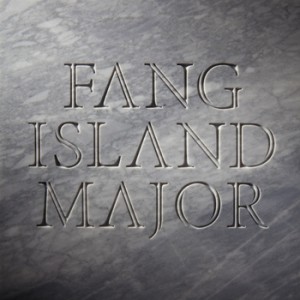 With it’s playfulness yet constantly steady booming sounds “Kindegarten,” the opening track of Fang Island’s Major is a reminder that class was not always about science and math, but also about learning the paths of life. With the lyrics “all I know/I learned in/kindergarten” repeating in the background after a lengthy piano introduction, the track is a great introduction to a new Fang Island whose sound is still experimental, but more chiseled and mature.

Major is Fang Island’s second full length release and showcases the band’s ability to stretch their sound to include different styles of rock and pop. From the heavy guitar riffs in “Sisterly,” to the almost folk like “Dooney Rock,” Major is able to combine several subgenres and still be cohesive.

In this album, the focus is not on  Jason Bartell’s vocals, but rather on the melodies provided by the guitars and drums with tracks like “Chompers” featuring no vocal’s at all. However, it is not fair to say that vocals are not present as when included they provide another layer of complexity to songs that are just as intricately carved as the album’s cover image.