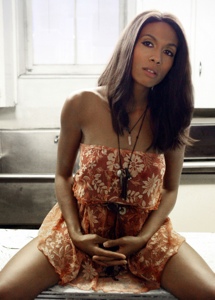 Today’s song is “Catalyst” by Alex Kelly. Alex Kelly is an American singer/songwriter born in Queens New York. Kelly was hand-picked by Robby Takac (Goo Goo Dolls) as lead singer and co-writer for his electro-pop side band, Amungus. After three years under Takac’s musical influence, Alex eagerly channeled her energies into her first solo project.

In the spring of 2010 she moved back to New York City where she produced and released her debut EP Sticky Butterfly. This song is off her first full-length album entitled Orange Circle which was released this past summer. Currently, Alex is out on an eight city tour in support of the new album (see remaining dates below). Kelly has a high power electro rock paired with silky smooth and sensational vocals that make for a pop gem.