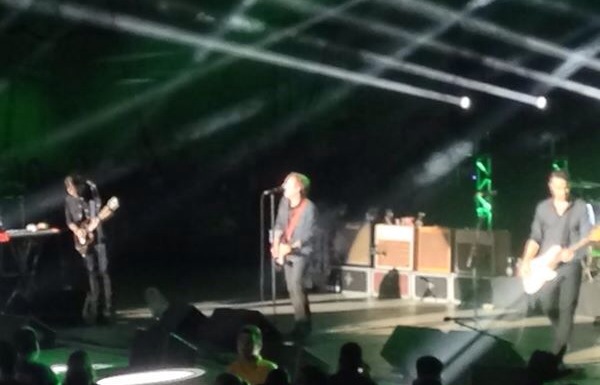 Last Saturday, The Gaslight Anthem headlined NJ’s PNC Bank Arts Center. It was a rain soaked night but that did not deter fans from coming out in droves to see their hometown heroes along with Jimmy Eat World and Against Me.

The band played two hours worth of fan favorites, new songs off Get Hurt and some covers. What seemed like an encore was more of a short break when the band came back and played about nine more songs ending with The Who cover “Baba O’Riley.”

At one point in the show, Brian Fallon talked about how when he was a 11 years-old his parents took him to PNC to see a concert. He said he sat there thinking how he would like to be up on stage, but he didn’t know how he would get there. He said though he never gave up and look where it got him. It was a message to the audience that you should keep pursuing your dreams.

During the show Fallon also thanked Bruce Springsteen for his support of the band. Fallon then said there were no surprises for the show that night, inferring that Springsteen would not be coming out to play with the band. The audience chuckled in response.

They played energetic set with a very cool light show. Watching the band you could tell they were loving every minute of it and the fans were too. Dancing and singing in their seats, concert goers were hanging on to every moment of the show.

The Gaslight Anthem is one of those great NJ bands and we were lucky to be part of the history that night.

For more information on The Gaslight Anthem check out their official website, Facebook, and Twitter pages. The new album Get Hurt is out now. Get it here! 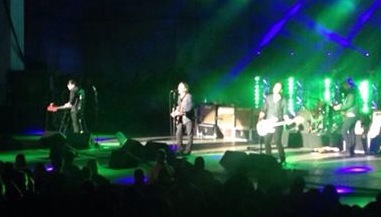 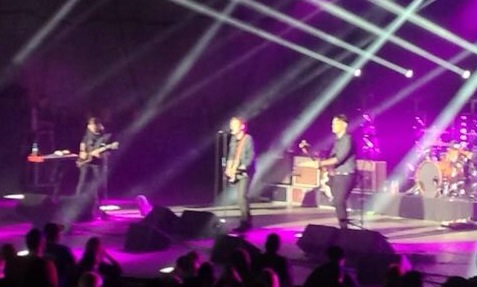