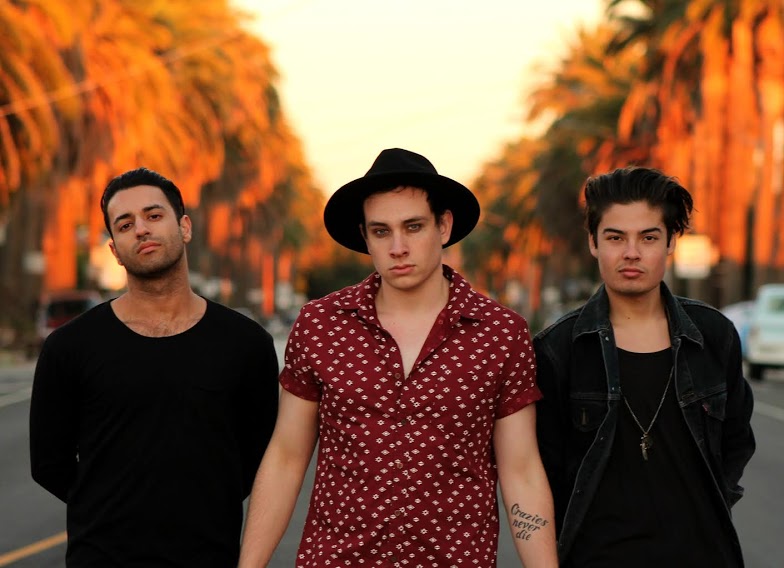 Today’s song is “HIT IT” by 20 Eyes. The group hails from San Pedro, California and is comprised of Wolf Bradley, Chance Famighetti, and Andrew Macatrao. 20 Eyes frontman Wolf Bradley fell into music in an early age. Growing up in his parent’s a ballet studio his family took in Misty Copeland, an aspiring ballerina who later became one of the most famous dancers in the world and the first African American soloist for the American Ballet Theatre. Wolf’s family moved Misty in to live with them so that she could train at the studio. The two became like siblings and through watching her cultivate her craft he discovered his own love for music. It started with drums at age 7 years. He discovered an interesting mix of elegant ballet and rowdy rock music influenced by his mother who was not only a top-rated ballerina but also the lead singer of a seminal female punk band in the 80’s. It was by chance that Bradley met his bandmates Andrew Macatrao and Chance Famighetti. The two were sent to the studio after they were caught shoplifting in hopes of reforming their character. It was a partnership meant to happen.

This is the latest track from the Cali trio. The song recently premiered on Free Bike Valet and is a riot. I’ve never loved a song about anxiety, self-doubt, and jealousy so much. Their music is quirky, fun and has an up beat blasting pop melody with just the right amount of rockness. This band should definitely be on your radar.