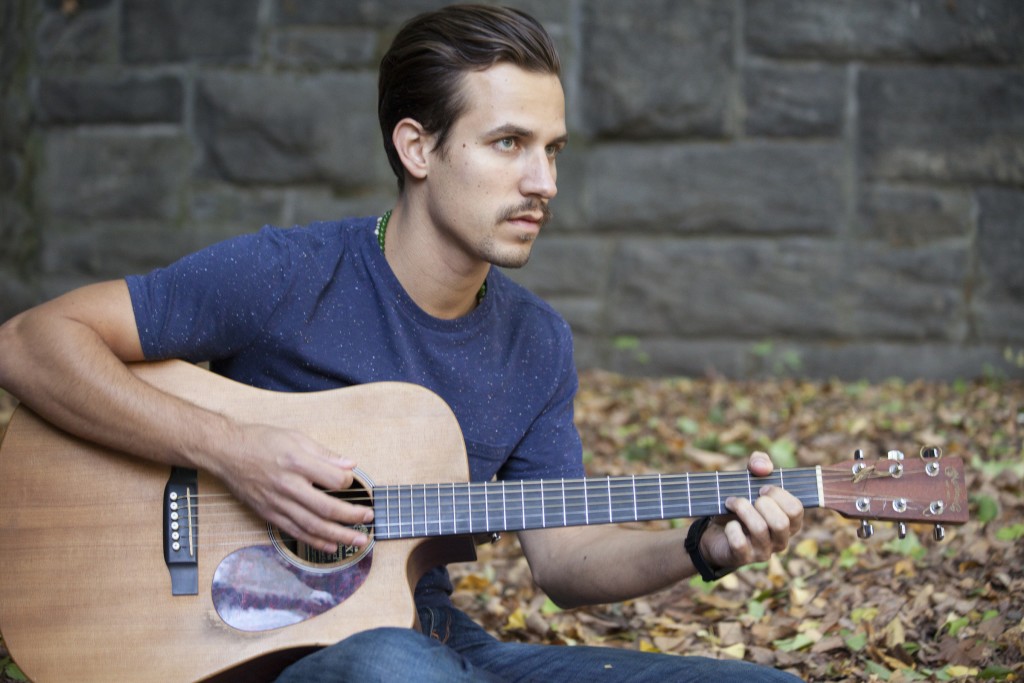 Today’s song is Song of the Day: “No Good Thief” by Ryan Rickenbach. This Brooklyn-by-way of Maryland based singer songwriter was led to the big apple with dreams of silver screen success. From an early age Rickenbach had been writing music, but it was the acting bug that bit him hard and was the forefront of his career aspirations.

It was a role in Folk City, a musical based on the legendary Greenwich Village music club that changed everything. As he prepared for the role by performing at local dives, he soon found his ambitions resembling those of his character, a guitar-toting cowboy who believes himself to be the next Hank Williams. “There was a shift”, he recalls. “All I wanted to do was write songs.” As the show came to a close, Rickenbach found himself back at the same bars, no longer preparing for a role but instead for his debut release.

Richenbach takes influences from the Great American Songbook and Elliot Smith. You can hear this in the folksy jazz infused melodies and witty lyrics. Rickenbach’s fun and playful sound will steal your heart with its country twang guitars and heartwarming lyrics. He reminds me of a cross between Jason Mraz and Michael Buble.

This song is off his debut Stasis EP. It was produced in just six days by Long Island-based producer Cass Dillon at Baby Studios in Baldwin, NY. Dillon calls it both cerebral and raw – “a real, true singer-songwriter experience.”

Tonight is his record release party and hits the stage at 10 pm at the Sidewalk Cafe in NYC’s East Village.

Listen below and for more information check out his official website, Bandcamp, and Twitter pages. Pre-order the album now here!