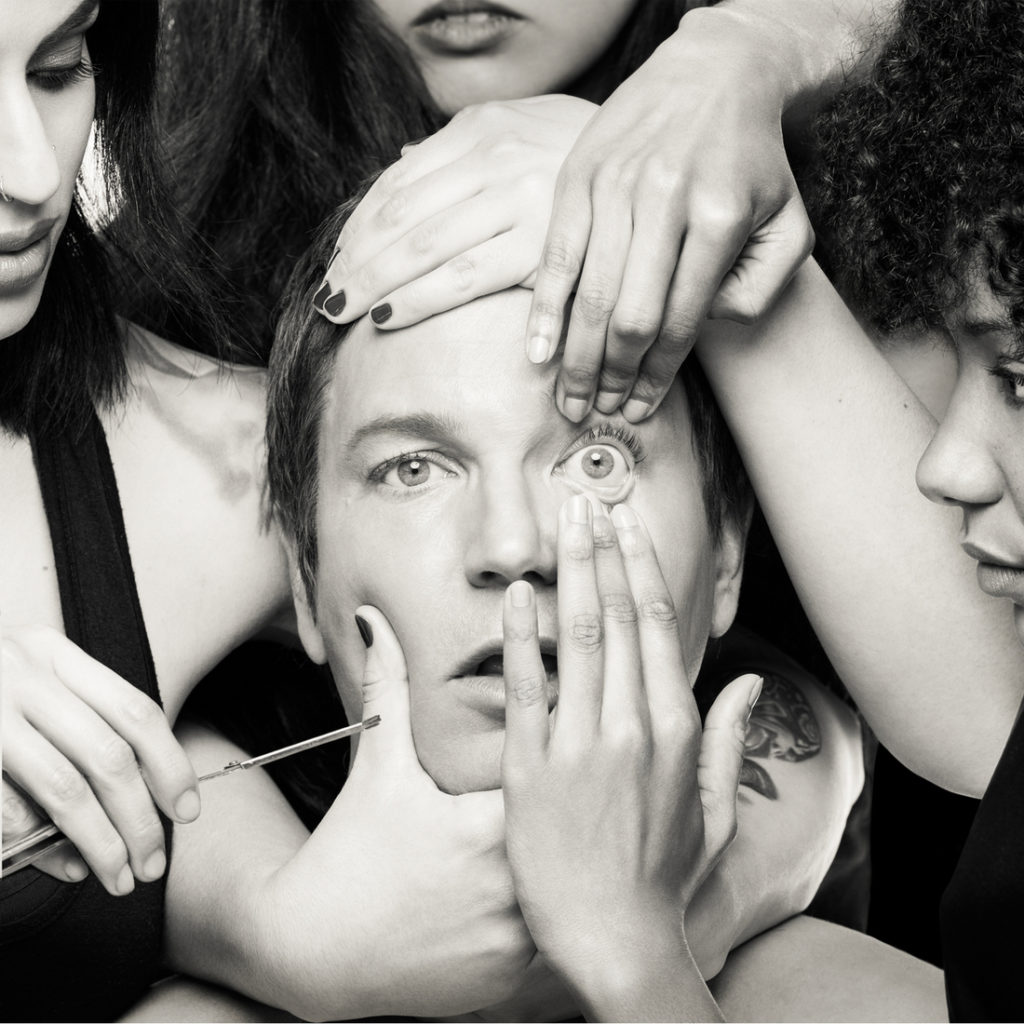 Today’s song is “Company of Strangers” by Third Eye Blind. This is the latest track from their upcoming album We Are Drugs which is out today.

Serving as a compliment to last year’s critically acclaimed studio album Dopamine, We Are Drugs was recorded in late-Spring during a week-long intensive at renowned Sonic Ranch, a vintage recording studio secluded in the midst of a pecan ranch in the Texas borderland. “The setting allowed us the focus to take songs sometimes all the way from inception to completion in continuous sessions,” frontman and songwriter Stephan Jenkins said of the process. “We also allowed ourselves freedom on We Are Drugs from any definitions or guidelines of what we were supposed to be. We just took joy in getting in a big room together and letting music happen and then chasing it around wherever it led us. It is one of the most freeing recording experiences I have had.”

Third Eye Blind, summer’s biggest music festival standout setting attendance records at five major festivals, is set to release its “Mission District” edition of clothing. Newly created and inspired by the culturally rich neighborhood within the band’s hometown of San Francisco, the “Mission District” fully embodies the essence of Third Eye Blind in both lifestyle and artistic purpose. In addition to the launch of the line, Third Eye Blind are also supporting with 826 Valencia, a Bay Area-based nonprofit organization started by author Dave Eggers that is dedicated to supporting under-resourced students ages six to eighteen with their creative and expository writing skills and to helping teachers inspire their students to write. Their services are structured around the understanding that great leaps in learning can happen with one-on-one attention and that strong writing skills are fundamental to future success.

From the sale of each hoodie Third Eye Blind will donate $10 from the sale of each “Mission District” sold with a match from the Mark and Alison Pincus Foundation to the organization to assist in its continued efforts to close the academic achievement gap for under-served youth in the Bay Area. More information on 826 Valencia can be found on its official website. “826 is literally around the corner from my house,” frontman Stephan Jenkins said. “They are the premiere purveyor for all pirate supplies and Dave knows this kind of whimsy encourages kids to want to read more. We have always been a band that seeks to keep it local so 826 is an easy fit.”