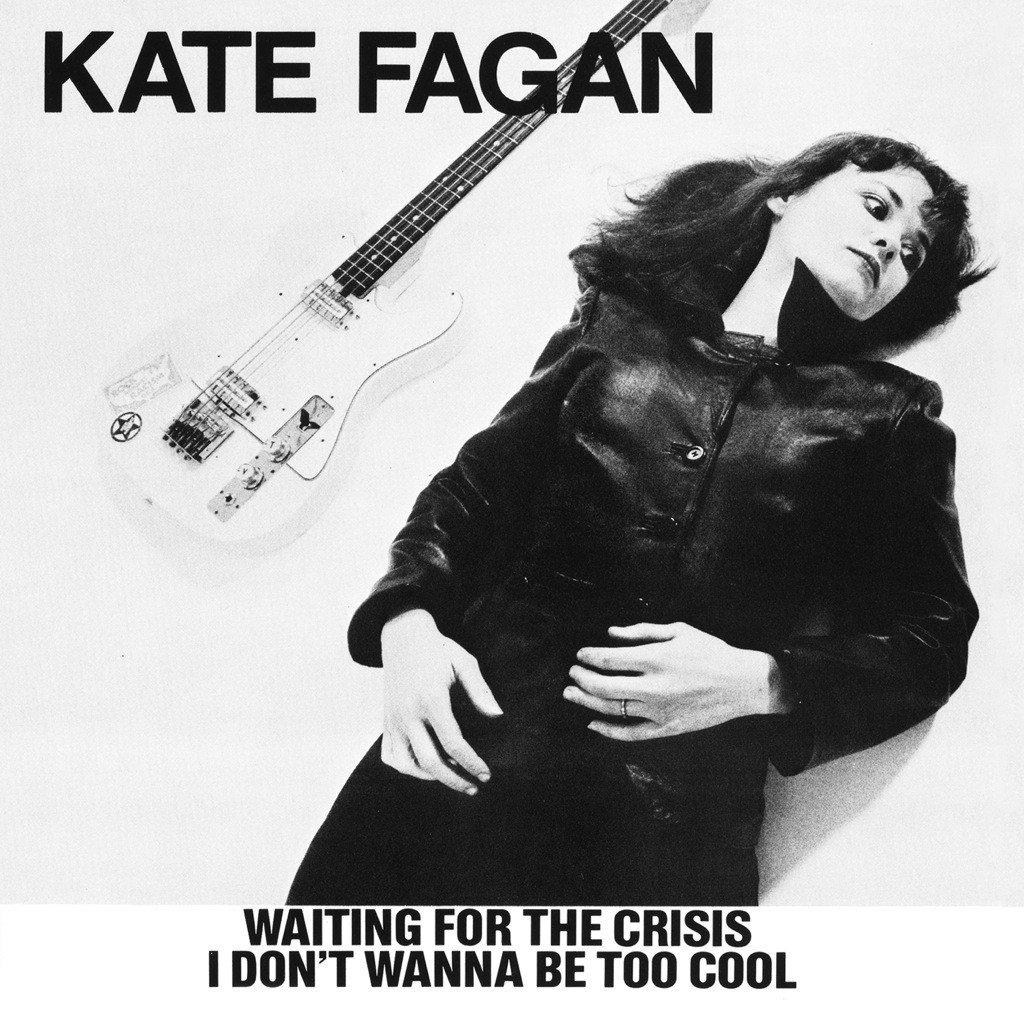 Today’s song is “I Don’t Wanna Be Cool” by Kate Fagan.

Before she was opening shows for The Clash and The English Beat as the founder/ frontwoman of long-running Chicago ska trailblazers Heavy Manners, Kate Fagan released the cult new wave single I Don’t Wanna Be Too Cool on the tiny local imprint Disturbing Records.

Upon its early-1980 release the pogo-ready “Too Cool” single was immediately embraced by local club DJs and radio stations and tastemaking record stores like Chicago’s legendary Wax Trax, where it became the best-selling release by a local artist ever. The flipside, “Waiting for the Crisis,” also gained notice for its raw musical style and politically charged Reagan-era lyrics, which still resonate today.

Kate wrote the title track after moving to Chicago from New York in the late 70’s. “I pretty much came to visit Chicago and fell in love with the scene and never left,” remembers Fagan. “At the time I’d been working at New York magazine and was getting dismayed watching the CBGB scene give way to the whole Studio 54/velvet rope thing. So I spontaneously moved to Chicago, which was much more inclusive and everyone wasn’t standing around peering at each other from behind their shades. But eventually I saw that same kind of divisive hipster culture start to creep in. ‘Too Cool’ was my reaction to that.”

Fagan bought a cheap bass guitar and started writing songs intuitively, recording them at Chicago’s Acme Studios. There, she’d meet the fellow artists with whom she’d form the Disturbing Records label, which released the “I Don’t Wanna Be Too Cool” single as well as early singles by Heavy Manners.

Manufactured Recordings is excited to present this seminal U.S. new wave/post punk single, reissued here with two unreleased bonus tracks Kate recorded in the early 1980’s with members of My Life With The Thrill Kill Kult and Scarlet Architect. “I thought the reissue was a prank,” says Fagan. “I didn’t fully believe it until I flew to New York to meet them in person. It’s particularly gratifying because after the original single sold out in 1980 I did a second run of 1,000 copies out of my own pocket, and they were all lost in a house fire that destroyed literally everything that I owned at the time. So this is like unfinished business, and I think the songs are as relevant today as they were then.”

Upon first listen I was instantly stoked with this song. There is something so lovable about the 80’s bouncing pop and shrieking vocals.

Listen below and for more information check out Manufactured Recordings website.