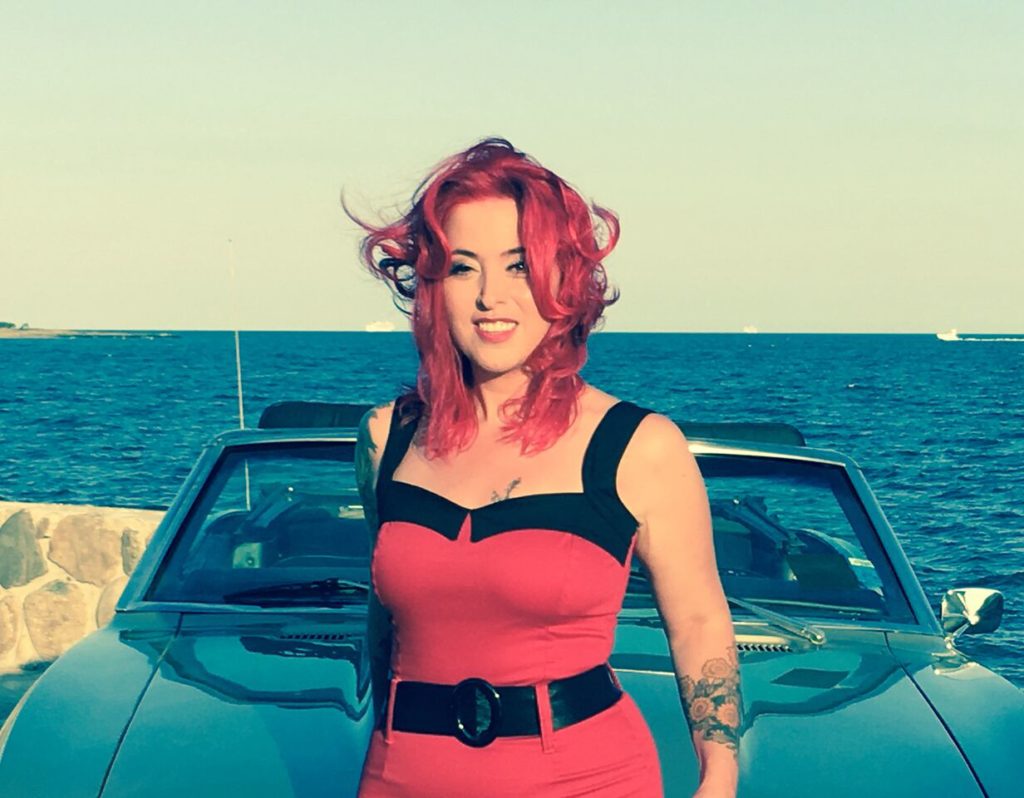 Cristina Rubino, the Brooklyn, NY based artist has been playing music since her teenage years. In 2008 she joined the all-female group Violator, a NYC based Depeche Mode cover band, as the lead guitarist. Throughout her time with the band, she loved the excitement of travel and live performance, but always longed to return to making original music.

After releasing an EP with Josephine in 2009 under Feed that Baby Records, Rubino went on to write and record her debut solo record, Alive From The Scrap Heap in 2014.

Rubino is back with a new album Godspeed & Guns due out next January. This video is the title track and features the singer/songwriter Rubino on guitar and lead vocals. She is accompanied by Johnny Phillips from Burlap To Cashmere (Spanish Guitar), Jerry Farley (percussion/bass), and Eli Maurer (trumpets).

The effects of early childhood trauma are a reoccurring theme on this song and the album. Rubino explains the meaning behind it, “this is a way to reach people on a personal level because of the very real, yet seemingly unique scenarios which the characters in the songs find themselves in. These are the scenarios we all experience or even dream about in one form or another, but don’t really talk about.”

The video chronicles two women outlaws in a Thelma and Louise style on the run for killing the men who did them wrong. It is a a classic story of our shadow selves.

“Shadow, in Jungian terms, represents the dark, instinctive and irrational side of the personality. It’s projections remain hidden from our conscious mind – so no matter how we try and escape becoming what we hate, the fact remains that in some sense, we already are just that, becoming more fully the shadow self by trying to escape it. You cannot drive out darkness with darkness – and when you spend your life refusing to see, you lose the ability to see even if you wanted to, which was the ultimate fate of the old man in the song shadow, and the girl in the Godspeed and Guns video,” explains Joe Console the songwriter of her single.

Directed the acclaimed Frankie Nasso the video tells the saga of these women’s shadow selves with lushful Spanish guitars as the perfect backdrop for a romantic yet haunting story.

Cristina Rubino can be likened to a female Johnny Cash with her folksy Americana rockabilly that moves and shakes you to the core.