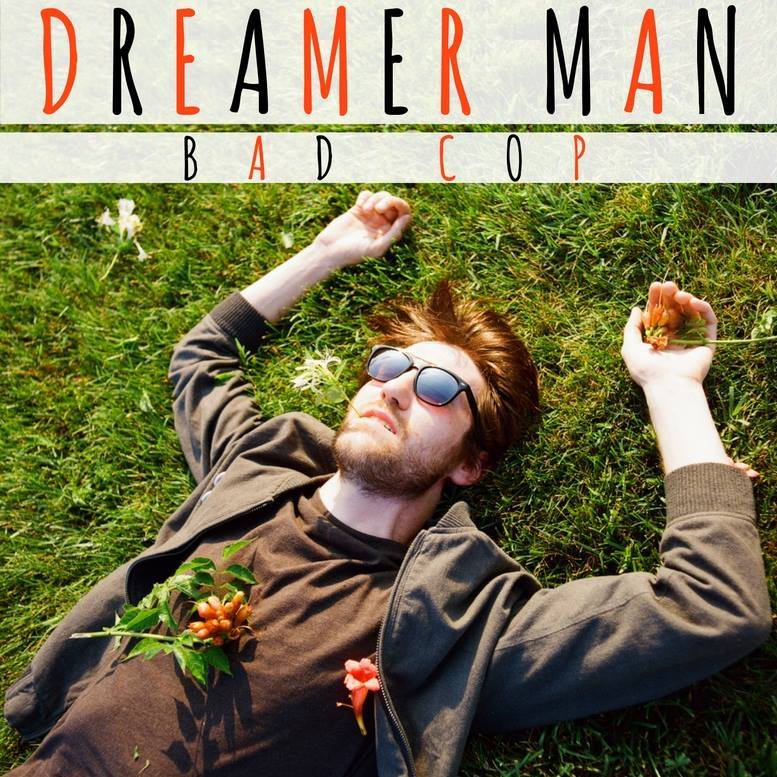 Today’s song is “Dreamer Man” by Bad Cop. The Nashville, Tennessee group started in 2009 with singer/songwriter Adam Christopher Moult. His coming-of-age tale is one often romanticized: troubled teen gets sent off to a prison alternative for two years with only a guitar to keep him sane — but there was nothing glamorous about the experience. During that time, Moult began writing songs that reflected his anguish. When he returned to public school, he met Alexander Hartness, the Richards to his Jagger, and the seeds of Bad Cop began to sprout.

Firmly planted outside of the political spectrum, loud, unabashed and fluent in Jay Reatard principles, Bad Cop quickly became the interest of one of the oldest punk labels and found its members singing a record deal just four months after starting the band. Under ROIR Records (MC5, Bad Brains, Beastie Boys), Bad Cop released Harvest the Beast and headed to NYC to shape musical sensibilities and test their sound in front of tougher crowds. A weekly residency in the Lower East Side proved their marketability—and another in Philadelphia cemented it.

Returning to Nashville, Moult’s decision to shed Bad Cop of its former skin and take cues from their neo-psych influences, Brian Jonestown Massacre and the Dandy Warhols proved successful.

After a change in lineup, Bad Cop was writing new songs and opening for Cage the Elephant, who were so impressed that guitarist Brad Shultz produced Bad Cop’s the next project, The Light On EP, and also hand-picked the band to play CTE’s curated Starry Nights Music Festival in 2012.

Live, Bad Cop has become a favorite among the CMJ crowd, having played the NYC festival in 2010, 2012 and 2013, sharing stages with Foxygen, Sleepies, Team Spirit and Emma Louise. In 2011, a huge following quickly ensued after Bad Cop played Crocodile’s NXNE showcase, and like all great bands do, Bad Cop turned the folks on at SXSW in 2013, opening for Local Natives and The Virgins for Frenchkiss Records’ showcase. Word quickly traveled of their raucous energy on stage so much so that Bad Cop went from underground Nashville band to an international interest, gaining a following in Argentina, India, Canada, Mexico City, and Paris. Offstage, the band works just as hard running Jeffrey Drag Records, a label whose roster includes Natural Child, Turbo Fruits and Ranch Ghost. What’s even more impressive is the label signed with Frenchkiss Label Group four months after obtaining an LLC.

This track is off their upcoming sophomore album, Hello, Mr. Sunshine. The album produced by Chris Grainger (Wilco, Cadillac Three) is due out Spring 2017. It has been hailed by Noisey as “catchy” and this reviewer definitely agrees! Bad Cop has creates some fun and far out tunes. The vocals of Moult add a layer of distinction to their music making it sonically appealing.