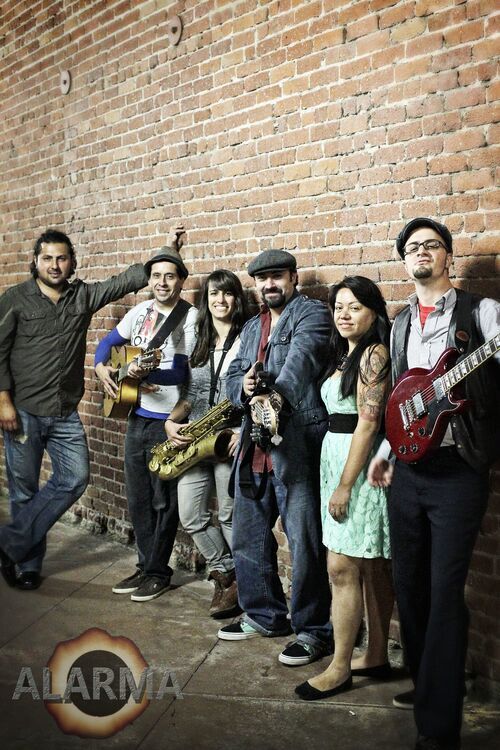 Beginning as an experimental latin rock project in the vein of Santana and Los Fabulosos Cadillacs, the group has continued to evolve developing their unique and extravagant sound.

Alarma is purely a musical treat with their globally diverse stylings. This alternata-rock group effortlessly blends a mishmosh of cultures: everything from latin cambia, reggae, and ska, to african and middle eastern sounds.

The band’s self-titled EP was mostly latin rock in Spanish. After doing a live performance on Fox 11’s Good Day LA, they self-released two full-length albums: “Ripe Conditions” (2014) and “World Ignition” (2016), with more touring and recording on the way.

Along with being interviewed by LA’s KPFK, Alarma has been played on a number of internet radio stations across the country. They have been playing community music festivals, clubs and colleges across California for the past several years.

Listening to their music it is no wonder they have been around for all these years. Alarma has created an exciting, high-energy musical culmination. They have a flair that is distinct and unique yet broad enough to appeal to the masses.