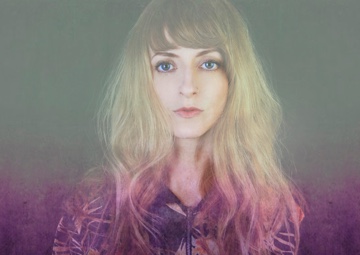 Today’s song is “MOTHER w/La Boum Fatale” by MissinCat. Born in Milan but having lived in Berlin since she started her solo career, Caterina Barbier aka MissinCat has been writing and producing music for film scores: with Producer Martin Todsahrow she worked on the film score of Sönke Wortmann´s movie Schossgebete (2014) and on the Italian-German production Omamamia (2012) . She recently wrote and produced the music score for Italian short Film “Fragole” (2017), which is currently being screened at festivals. MissinCat’s two previous albums WOW (2011) and Wirewalker (2015) were well received by critics and fans alike, with her first single ‘Back On My Feet’ becoming a radio hit on Bayern 3, SWR 3, 1Live, Radioeins, Fritz, Sputnik, and reached #8 on Capusstations. The track was also chosen by Nintendo for its 2009 German television campaign.

MissinCat has performed at Berlin Sessions, shared stages with the likes of Incubus and Pearl Jam at Heineken Jammin Festival and was selected as the supporting act for Amy Winehouse’s 2008 Germany Tour.

The Berlin-based, Italian-born indie-pop artist has an awe-inspiring captivating sound that will grab your attention with the first beat. She has a sound that is exciting and commandeering. It is hard to pin point her exact genre but she has an incredibly addicting sound.

This track is off the upcoming EP entitled FORCES