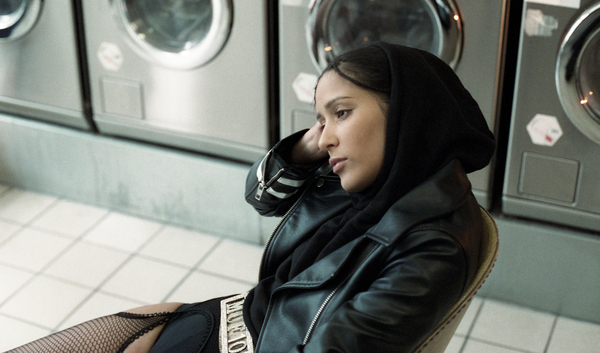 “Only U” is the latest single from Danish artist KING. The UK artist gritty and rebellious, KING makes nuanced and mature pop music with genuine emotional heft. Born in Copenhagen in 1990 to a Cuban mother and a Chilean father, at 11 she began honing her performance skills by dancing with local street dance outfits and quickly joined a Copenhagen urban dance academy and by 15 she was earning her living as a dance teacher.

The track has been called a “dark, poignant and weighty pop music from one of Europe’s brightest new lights.”

This is the follow up to the her debut single Promise a record that has since clocked up more than a million views on YouTube. Since then, she has released a steady stream of head-turning singles, with ‘Only U’ the latest in a discography that grows more fascinating with every release.

On “Only U” KING teams up a new production team of Peter Yushichi St James and Christian Nilsson. Canadian-turned-Swede St James has earned a nomination for Best Song at the 2014 Berlin MVAs and was named one of Spotify’s Spotlight artists to watch in 2015. Nilsson hails from Sweden where he now resides after a stint working in LA.

At once exuberant and uplifting but tempered with an underlying sense of creeping menace, “Only U” is unlike anything else you’re likely to hear this year. KING’s voice – at first delicate and vulnerable – grows ever more defiant as the song progresses: a powerhouse performance perfectly complimented by the darkly brilliant production.

“’Only U’ is the hardest track I’ve ever recorded. Christian and James made me do everything over and over again because they wanted it to be perfect. I’m really proud of this track: the sound, my tone and the lyrics. If a song could be perfect this is the one,” said KING

The music video for “Only U” was shot while KING was recording in Berlin earlier this year. Watch it below and get the single “Only U” now out via Warner Music and listen on Spotify