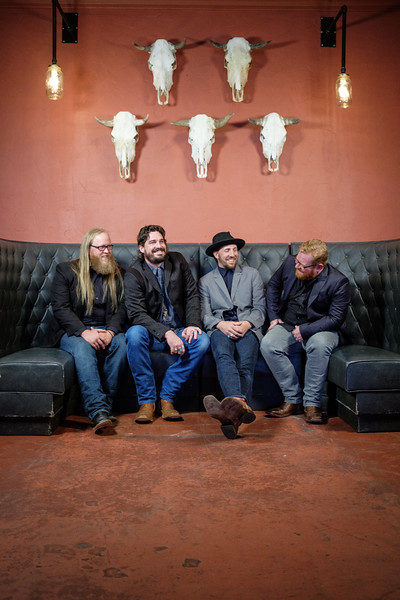 Developing a sound of their own, NDC released their debut EP Ella Rose in 2011 followed by their sophomore EP To Whom It May Concern in 2012 and debut full-length, The Night Before, in 2015. Fusing each member’s influences, including Ryan Adams, Kings of Leon, Hayes Carll, rock, metal, blues and country, “the resulting sound infuses Americana with classic rock, creating heartfelt music filled with lyrics about real life, real places, and real people…the kind of music that everyone can relate to.” (KFLP) No Dry County has been honing their sound, performing over 100 dates per year. Now, the group is set to release Panhandle Music this Spring.

Called “one of the hardest working bands in the Lubbock music scene,” by New Slang Lubbock, No Dry County have been featured on Diffuser, Baeble, PopMatters, Glide Magazine, among others, and have landed sponsorships from Martian Beard Oil, Coors Light and Yeti Coolers.

Emotional, poignant, and exciting, the lyrics paint a picture of high hopes and dark despairs. This is a Americana at its finest.