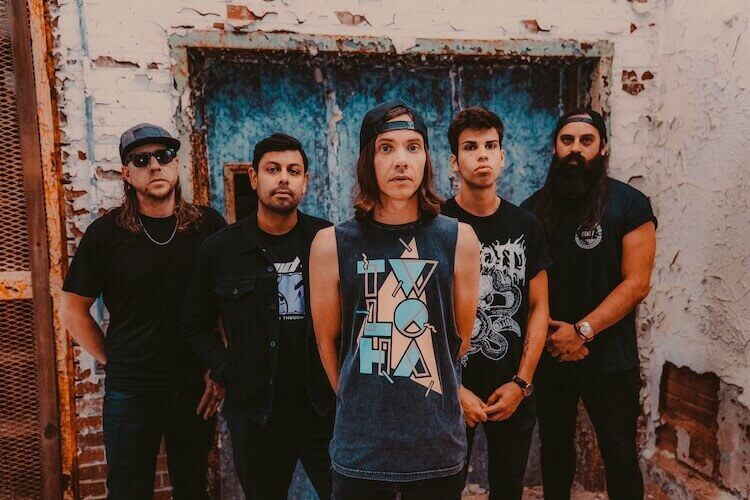 It’s been a long but fruitful journey for Alternative Rockers The Red Jumpsuit Apparatus, who are 16 years into their career and still going strong. From their humble beginnings in a small northern Florida town just south of Jacksonville, to playing some of the biggest festivals and stages around the world, the band has persevered through good times and bad. With the release of new single & video “Shooting Star” the band continues to espouse positive messages with one of their most emotional and personally meaningful songs to date. The band is launching the 2nd leg of the “Don’t Hide Your Light” Tour in August (dates below).

Leader and songwriter Ronnie Winter explains: “Shooting Star” is a song about recovery and life after addiction. It’s a true story much like our first song “Face Down” and is a chance for us to encourage those struggling with alcohol and drug addiction to get help. It’s a chance to show them they are not alone and that they can recover to live healthy, happy lives – as we have lived through ourselves, first hand.” The song was recorded at Wolf Den Studios in San Bernadino, Ca and produced by Winter and Angela Defoe for A+R Productions. Mixing and mastering were done by Paul Lapinski (TRJA,Ludacris, Alicia Keys, and Yellowcard).

The Red Jumpsuit Apparatus has amassed a large and loyal following over the years and has nearly 1.8 million followers across all Social Media platforms. Radio hits like “Face Down”, “Pen & Paper”, “Am I The Enemy”, “The Awakening” and “On Becoming Willing” have helped propel the band’s streaming numbers to a level few bands achieve – they have more than 600 Millions streams of their songs and more than 200 million views of their videos on Youtube. The band has released 5 full-length albums: “Face Down” (2006), “Lonely Road” (2009), “Am I The Enemy” (2011), “4” (2014) and “The Awakening” (2018).

The band has kept their loyal following through constant touring, and have played countless headlining tours along with featured appearances at some of the biggest festivals in the world. These include several stints on the Vans Warped Tour, Rock on the Range, Inkcarceration, Bamboozle and SXSW in the U.S.; Soundwave in Australia, and Radstock & Slam Dunk festivals in the UK.

About touring, Ronnie is still thrilled when he plays live and sees the audiences reacting to the band’s music: “I Love the feeling that I get when I see the look on someone’s face in the crowd who loves the new music and then we start up “Face Down” and you see them realize we are that same band.”

The band plans to continue to release new music and tour consistently throughout the rest of 2019 into 2020 and beyond (see dates below) and for more information on The Red Jumpsuit Apparatus check out their official website, Facebook, Instagram, and Twitter pages.