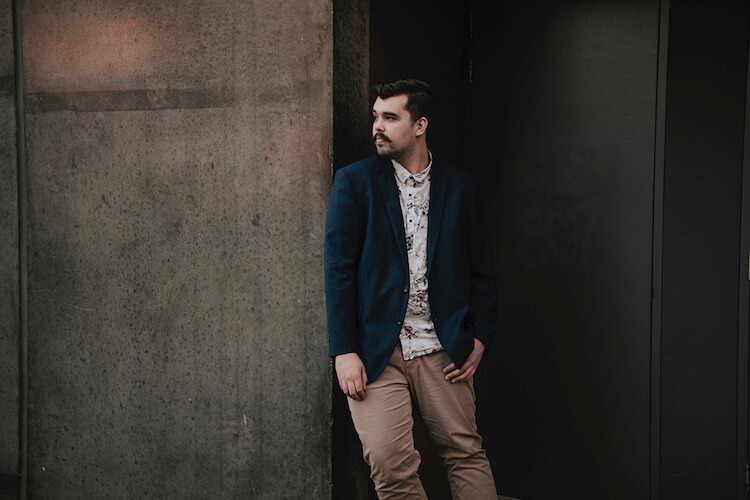 Today’s song is “Brazier To The Lake” by MICHAEL BLAKEMAN. The Perth musician is out on his own after spending years working on various rock and metal projects.

Fueled by the complexity and experimentation of metal music, composition and songwriting quickly became a large part of his musical focus. Michael’s second love is technology, and it wasn’t long before he learned how to combine them by pursuing audio production and sound engineering.

This is Blakeman’s first solo release and was something that he was not used to doing musically. “This release was a huge step outside of my comfort zone,” says Michael. “I’ve been involved with music for a while, but nearly all of that time was spent playing guitar in various bands. I wanted to push myself by creating something of my own from the ground up. Earlier this year I became enamored with the classic Minimoog synth sound, so I decided to take a deep dive into the sound and aesthetic of the era it inspired.”

This track is off his debut EP entitled Future. Described as “The Human League have been hacked by Pertubator,” his music will resonate with those who are fans of 80’s synth sounds. Its melancholy vibe provides a dark and brooding operaesque synth beats giving it a cool ominous futuristic feel.

The track will be available digitally on August 9th and the EP will be released on the 23rd of August.

Listen below and for more information check out his Facebook page.