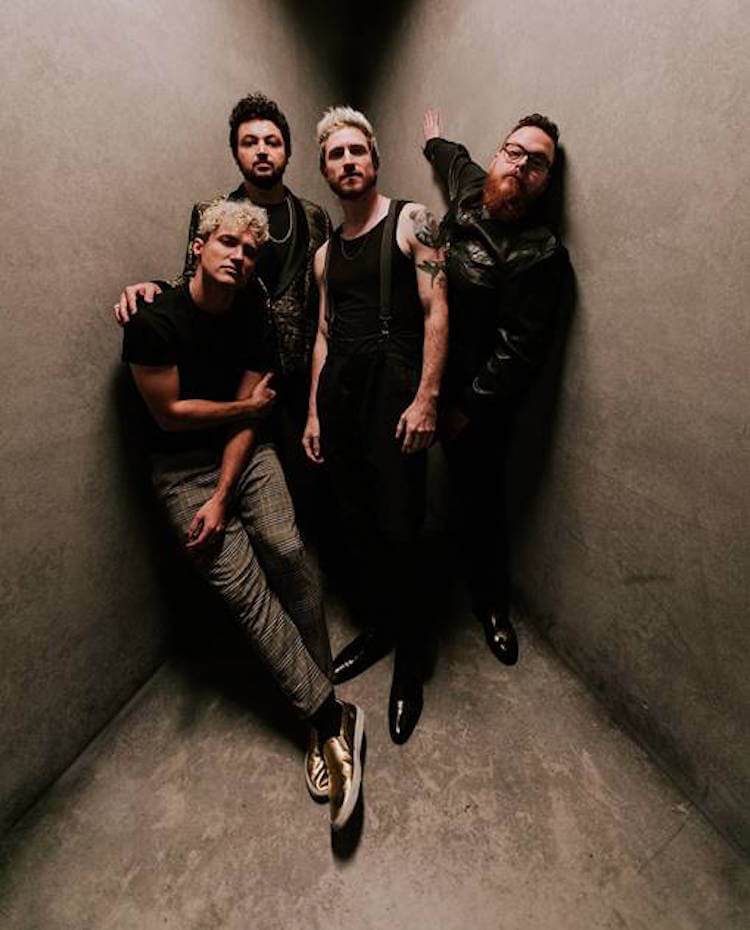 Walk the Moon dropped a new track today entitled “Lose You Again.” The track features the band BRÅVES The video that accompanies the track is a self-made video

Critically acclaimed band WALK THE MOON have released a new track “Lose You Again” feat. BRÅVES along with a self-made video.

The track is produced by Mike Crossey and BRÅVES and is now available at Amazon and other online retailers. This song comes on the heels of their most recent alternative hit “Timebomb.”

“Lose You Again” brings back Walk the Moons lovely vocalizations and synth sounds for a salacious and danceable track.

About WALK THE MOON
Hailing from Cincinnati, OH, WALK THE MOON consists of Nicholas Petricca (singer/keyboardist), Kevin Ray (bassist), Eli Maiman (guitarist), and Sean Waugaman (drummer). In 2015, the band catapulted to stardom when their hit single “Shut Up and Dance”, which is included on their RIAA Certified Gold album TALKING IS HARD, became a multi-platinum global smash that peaked at No. 1 on the Alternative, Hot AC, AC charts, No. 4 on the Billboard Hot 100, and went to No. 2 at Top 40 radio. Throughout their career, the band has had a slew of honors including winning two Billboard Music Awards, a nomination for an MTV Music Video Award for Best Rock Video, American Music Award nominations for Favorite Pop/Rock Duo Or Group, New Artist of the Year, and Favorite Alternative Rock Artist. They were also nominated for an iHeart Radio Music Award for Best Duo/Group of the Year, Song of the Year, and Alternative Rock Song of the Year for “Shut Up and Dance.” Recently, the band released their sophomore album entitled What If Nothing which included both “Kamikaze” and “One Foot”, which hit no. 1 at Alternative Radio. The band headlined their “Press Restart” Tour in support of the album and most recently released their newest single “Timebomb.”