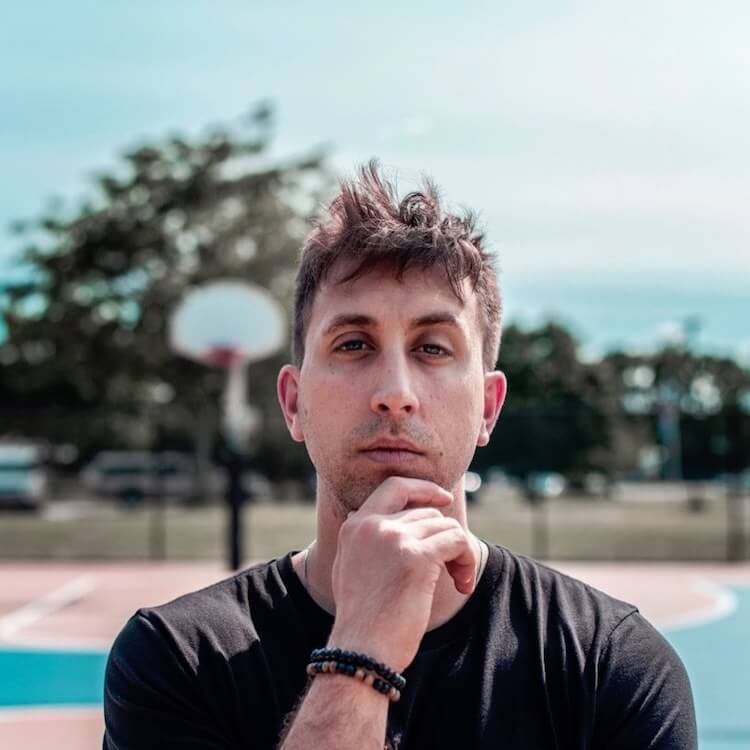 Today’s song is “Fingers Crossed” by Nikmoody. Hailing from Long Island, a 1,000-point scorer in high school and college, Nik transformed his passion for the game of basketball into a love for the pen.

NIKMOODY has been writing his entire life. Short stories, poems, screenplays, and lyrics have flooded his notebooks from an early age and helped earn him a Master’s Degree in English Literature. His love for writing transitioned into music after he tore his ACL, thus ending hopes of a continued basketball career overseas. Hip-hop became his outlet.

He released his first EP, House Of Mirrors, in 2017. Since then he has released 3 singles and 3 music videos. He performed at SXSW, headlined at SOB’s, freestyled on Shade 45 and opened for artists like Wyclef Jean, Dizzy Wright, Raz Simone, and KOTA The Friend.

The likes of Kendrick Lamar, Atmosphere and J.Cole fuel the aggression of his conscious lyricism. But it’s nikmoody’s love for Nirvana that evokes his soul. Blending the heart of grunge rock, boom-bap hip-hop, and heavy lyric content, Nik started to find himself as an artist.

This is the title track off his current release. The album was his way of letting out all his bottled emotions that let to anxiety and overwhelm. “I made the EP for the same reason I fell in love with hip-hop. It’s the most descriptive art form in the world when combined with pain and passion. The Quiet One EP has been my only vice amongst the turmoil, I’ve been clinging to this music for a long time,” says Nikmoody