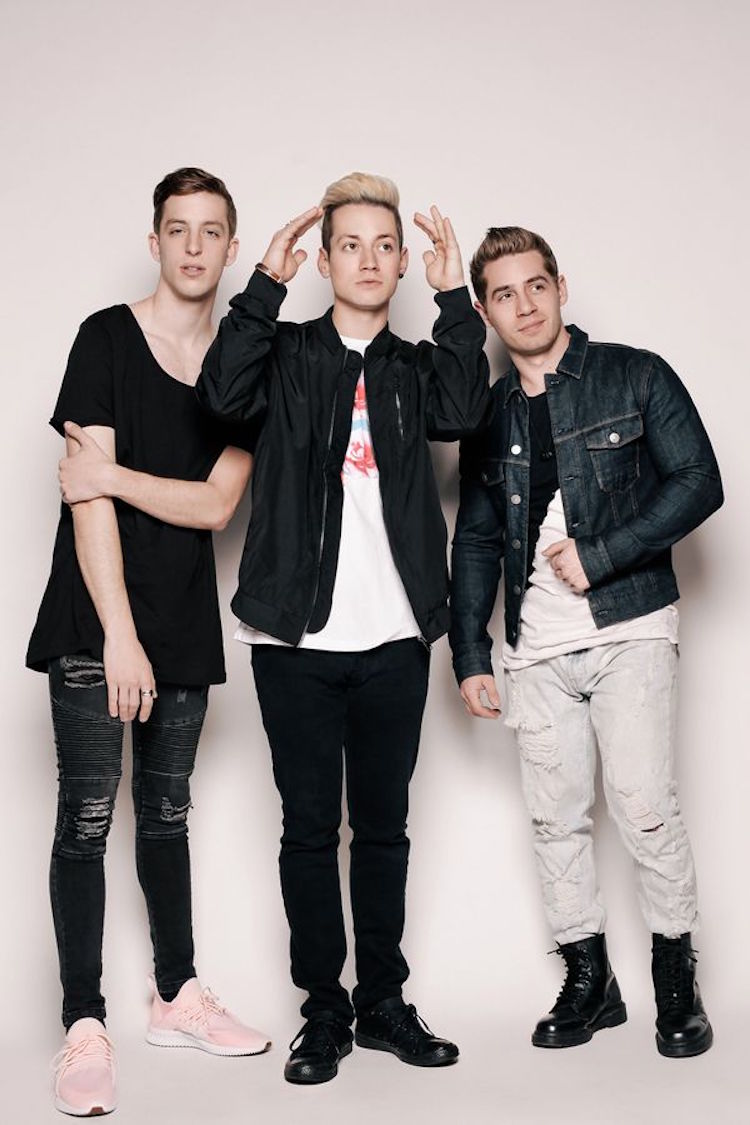 This pop-rock trio emerged from a previous project started by Brandon (drummer) and Scott (guitarist). The two began searching for someone who shared their passion, drive, and dedication to music. They found Aaron (vocals) 1000 miles away by a stroke of luck on Twitter when someone happened to share a Vine of him singing in his bedroom. After a few trips between Atlanta and Baltimore, it was clear that the three shared powerful chemistry. Aaron left everything behind, moved to Baltimore, and Skyward Story was born.

The group has developed a large dedicated following through tireless grassroots efforts, following tours, sleeping in their car, and promoting their music across the country. Putting themselves in front of hundreds of thousands of people provided inspiration while writing and recording the new album Reborn.

Their efforts and talent have been rewarded with industry accolades. They made a splash on the Billboard charts with their first release taking the number 18 spot in Alternative Album Sales, the number 22 spot in Rock Album Sales, the number 20 spot in Independent Albums, number 75 in Top Current Albums, and number 8 in Heatseeker Albums. They also received praise from Substream Magazine calling their music “a combination of a great riff and a melody practically designed to be shouted by a crowd…”

After releasing their debut album, the group went right back to work, further refining, and improving their music. Now with multiple singles on the horizon, Skyward Story is pushing content and growing like never before.

This is the latest single from the trio. If you are looking for a high-flying song that will put a smile on your face Skyward Story is a band for you. “Home” is a fun feel-good track that incorporates upbeat dance synth with easy pop melodies creating that is pure fun.