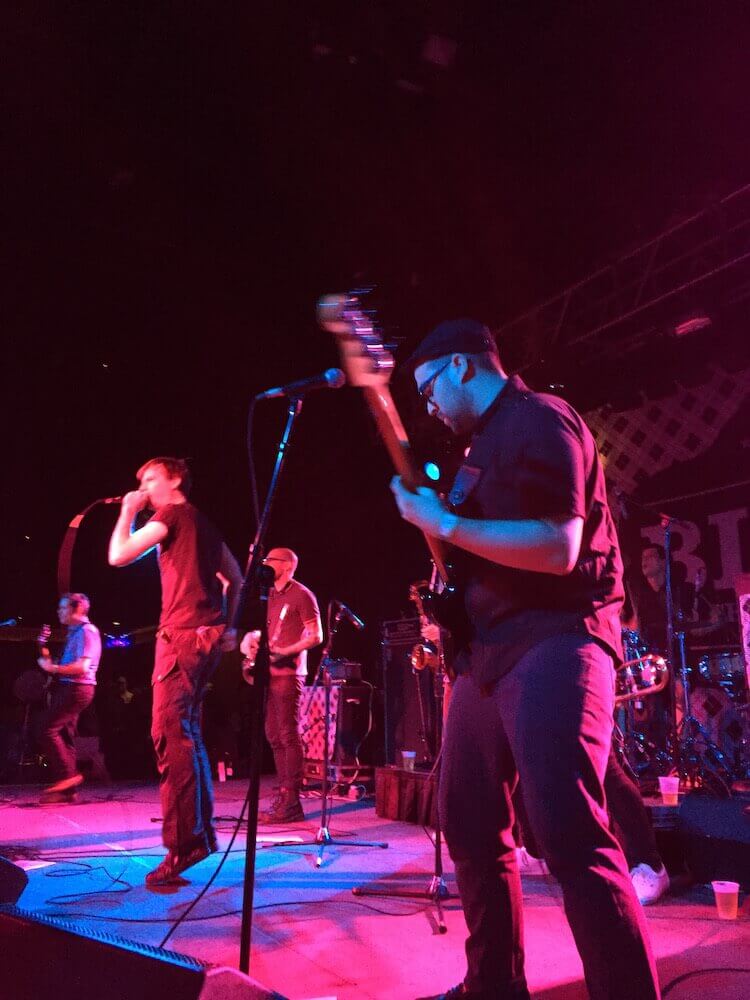 The weekend after Thanksgiving can be a drag if you have nothing going on. Fortunately for us, Skanksigiving was going down at Starland Ballroom. The band we were looking forward to seeing was Big D and the Kids Table.

Listening to the band on Youtube over the past few days got me pumped and excited for the live show.

And boy were we not disappointed. There is something so exciting about getting to see a band perform live. I don’t know if it is the energy of the crowd, the band, or a culmination of everything that made that show so awesome.

Big D and the Kids Table were fifth on the bill and hit the stage shortly after a soundcheck.

They opened with the rambunctious “Noise Complaint” which was a great choice since it got the crowd riled up and dancing in the pit.

The crowd was loving their music. The energy from the front row was intense.

Lead singer Wayne McWane is a great frontman. He has an abundance of energy and enthusiasm and connects with the audience. He killed it with his interaction with the crowd. Wayne was definitely feeding on the good vibes in the air and giving it back to the fans.

Their sound was tight the ska melodies made you want to dance and bounce around. Watching the venue everyone was rocking in unison.

Big D and the Kids Table is probably one of the hardest touring bands around. They have played over 200 shows a year on average and you can see this in their impeccable performance.

The only downside of their set was how quickly it went by. But when you have seven bands on the bill you only have so much time to play.

The choice of songs was a hit as the crowd was loving every minute of it. They closed with the fan-favorite “LAX.”

No matter what mood you are feeling when you enter the show, after watching Big D and the Kids Table you will leave with a smile on your face.