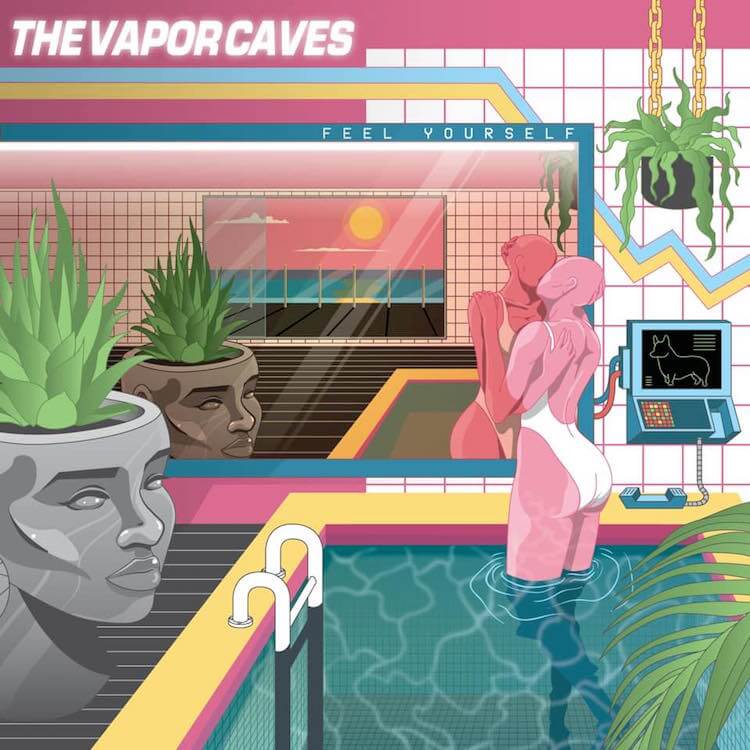 Today’s song is “Bitch to the Boys” by The Vapor Caves. The Austin, Texas-based group is comprised of Yadira Brown (vocals), BoomBaptist (production/keys/vocals), and Sam Wood (drums).

Their name comes from the word “vapor cave” which is a rarity in nature. This dwelling is found underground and is billowing mineral-rich steam known for its magical healing properties.

Just like their namesake, this trio makes some feel-good funk that will make you feel all better.

This track is off their debut release, Feel Yourself. The album was recorded, mixed, & mastered in Texas with the help of Bird Peterson and Rob Murray (Mark Ronson, David Gray), this album is entirely Texas-made. The record saw a limited, vinyl-only release (pressed by Gold Rush Vinyl, in Austin) this past summer, which quickly sold out. Produced exclusively by BoomBaptist (Guilty Simpson, Black Milk), with Yadira Brown contributing all lyrical and vocal duties,

With just the opening sounds of this track, the trio has a sound that will catch your ear and keep you listening. Their R&B mixed modern funk is delectably delicious for a dance sound that will make you want to boogie down.