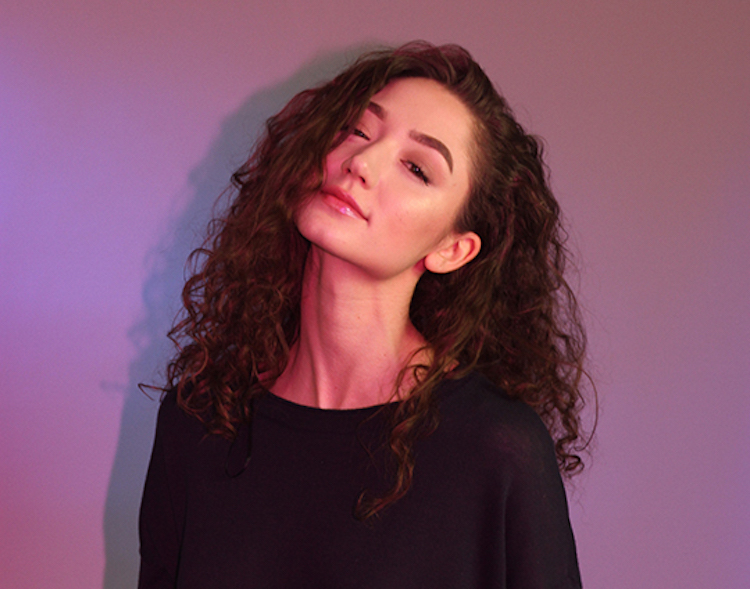 Fascinated by music and writing as a child, she quickly fell in love with big stages and crowds. Every summer was spent in a packed bar in Leaside, watching her Father play the guitar and sing songs with his band.

As a young teen, she moved with her family to a sleepy town outside of the city. In this town, there was a great distance between homes and no one walked around outside. In school, she weirded out her classmates and was told to be quiet. This would be the beginning of her musical career.

She has been described as “sickly sweet” a moody electronic pop with a style similar to Lorde and Kate Bush.

In 2018, Lamb released her debut single, “A Day Off,” emphasizing her love for the strange and different. Following the successful debut, Lamb announced the second single, “Water,” which released in January 2019.

When asked about the track she says, “this is a story about manipulation, guilt, and finding the strength to escape abuse,” Lamb says of the lyrics that call a partner out on their unhealthy behaviour. “It’s a message that it’s okay to cut toxic people out of your life.”

The song initially had an ‘audience of one’; Lamb penned “Bad Sign” for her younger sister in the midst of helping her navigate an abusive relationship.

“‘Bad Sign’ is dedicated and in honour of my younger sister, and anyone else going through the same thing,” Lamb shares. “The lyrics are inspired by real messages and arguments they had.”

“We’re best friends and I’m really protective of her, so when I saw her in pain, it crushed me,” she continues, relating to what her sister went through. “When I heard her crying, I felt helpless. I tried my best to guide her in the right direction, and steer her away from heartbreak but, in the end, it was always her decision to make.

“Turns out, she didn’t need any help! She was brave on her own, and put herself first. I’m so proud of her.”

Family has always played a strong role in Jadyn Lamb’s musical growth, whether as a lyrical muse or exposure to the craft. “I spent every summer in a packed bar in Leaside, watching my father play the guitar and sing with his band,” she recalls. “I grew up spirited and loud, and fascinated by music and songwriting, even as a child. That experience also helped me fall in love with big stages and crowds.”

The bouncy electro-pop and this track has something that will definitely make you take note. Maybe it’s the strong empowering lyrics or the infectious melodies, however, one thing is for sure it will be dancing in your head all day long.