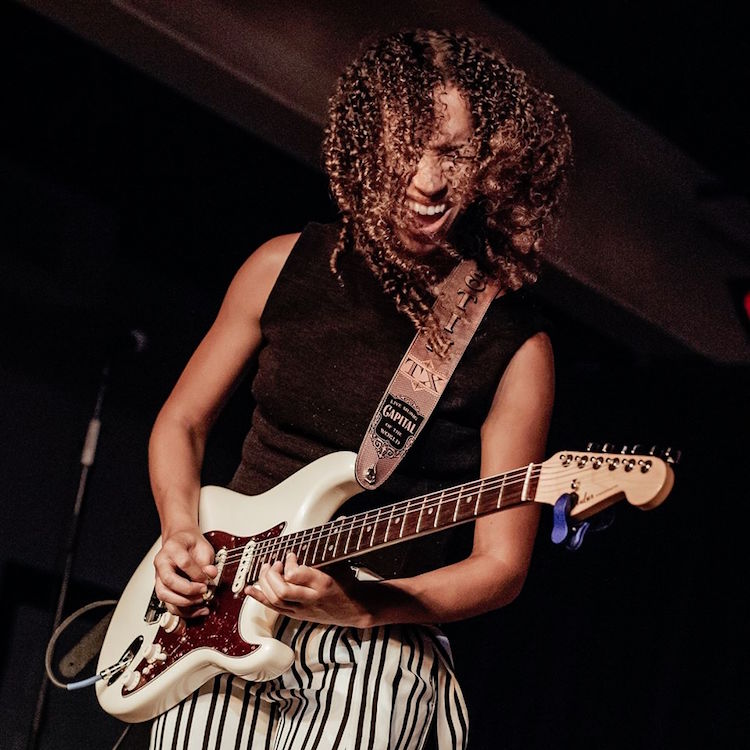 An accomplished guitarist and talented singer to boot, she collaborates with some of the best instrumentalists and artists in Austin, Texas, on a regular basis.

2019 was a banner year for Venson, who has amassed over 700,000 Spotify streams and nearly 2 million YouTube views. She released her album Joy and won Best Guitarist at the Austin Music Awards—making her the first African American woman to win the award in the show’s 37-year history.

She also had two tracks on Starbucks’ Coffeehouse Playlist, was named #10 out of 50 Young Exciting Guitarists on Guitar.com and reached #13 on the Bandsintown Austin Emerging Artists’ Chart.

Forbes named Venson one of “15 Women-Fronted Musical Acts Getting Their Due At SXSW 2019” alongside Billie Eilish. and Joy received praise from many publications including NPR, Guitar Player, Guitar World, AfroPunk, Grammy.com, EARMILK, She Shreds Magazine and Vintage Guitar Magazine.
This track is the latest single off her forthcoming studio album Vintage Machine, due out September 4, 2020.

“Make Me Feel” premeired on Consequence of Sound calling it “raw and futuristic” and an “incredible craft.”

We were tickled by her whimsical track “Wanderlust” and are just as excited by with this new single.

The new track shows the range and depth of Venson as an artist. It is a departure from the guitar-focused rhythms. Instead, it features a heavy electronica sound lightly laced with a whisper of Venvon’s skilled guitar riffs. The symphonies and futuristic melodies that reminds me of a female version of The Weekend.