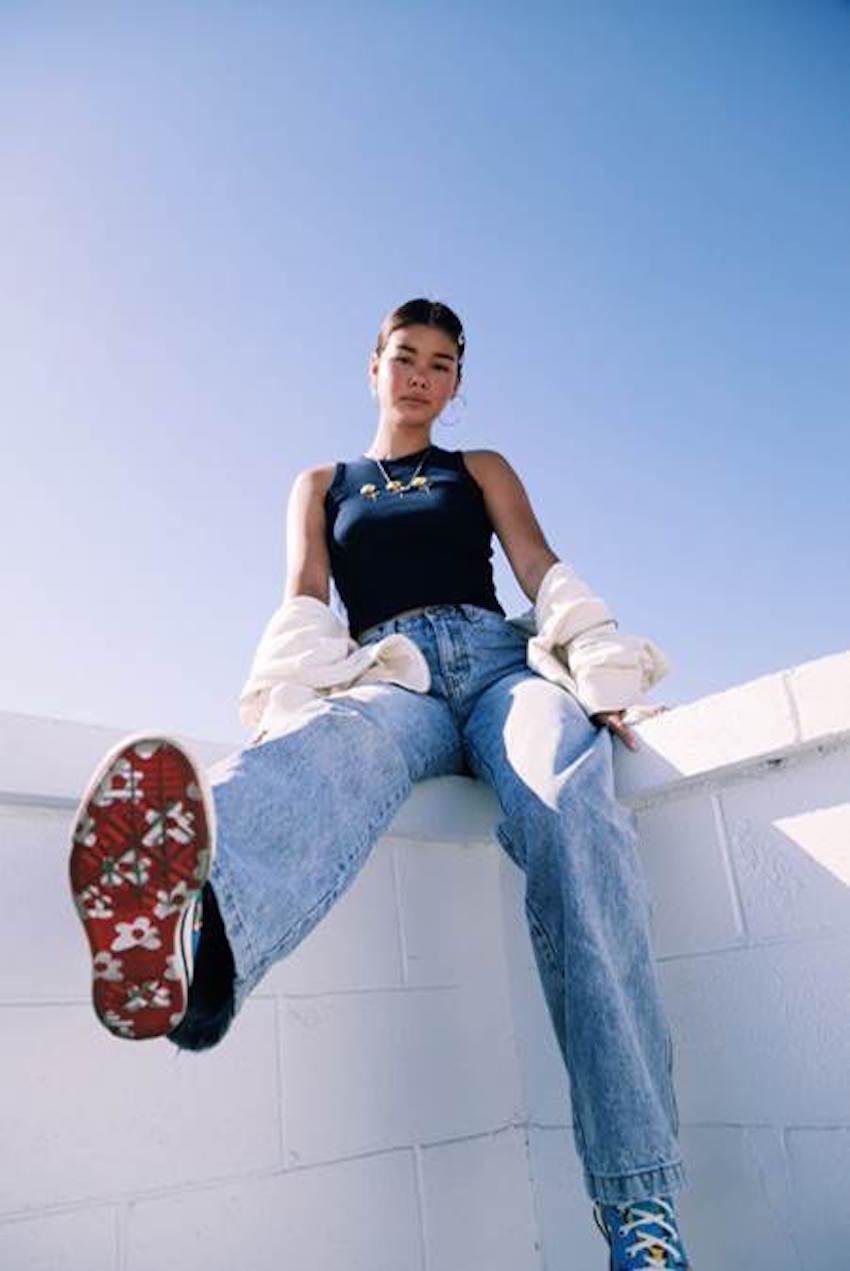 Today 19-year-old rising star Audrey Mika releases the music video for her remix “Y U Gotta B Like That” which features KYLE via RCA Records. The video is directed by Nicholas Jandora. The remix was released last month and has amassed over 1M combined audio/video streams worldwide.

The original track was released last summer and has amassed over 47M combined audio/video streams worldwide and has garnered over 806k videos on TikTok. Earlier this year, Audrey dropped her EP 5 A.M. which includes “Y U Gotta B Like That” as well as “Fake Heartbreak” which Idolator called “soulful” and Ones to Watch praised its “gorgeous bluesy vibe.” Her spring tour saw her first-ever New York show sold out.

This track is available now on Amazon and Spotify.

The video features KYLE and Mika as torn lovers who are arguing on the phone and over an old what looks like a 2000’s Apple computer.

This is the first time I’ve come across Mika and really love her sound. She has some high talent vocal abilities and it’s no wonder she has amassed such a huge social media following in such a short time.

About Audrey Mika: Hailing from the Bay Area, Audrey Mika first rose to prominence as a YouTube sensation whose following has continued to grow with her unique covers of popular hits. She has amassed over 1 million YouTube subscribers who flock to check out her original material such as her two prior projects, 2018’s “Are We There Yet” and 2019’s “Level Up”, which she recorded entirely on GarageBand. She’s been called a “rising star’ by Paper Magazine and her original music was praised by Ones To Watch who called it “incredible.”