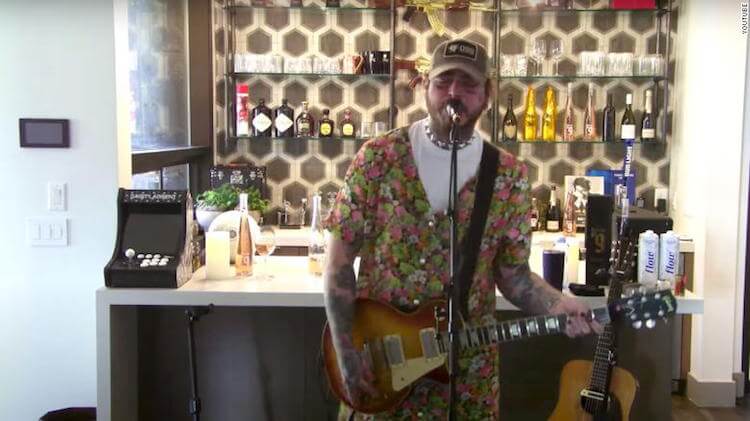 Early last week, I heard on Alt92.3 that Post Malone was going to be doing a tribute to Nirvana. The on-air deejay Cane was hopeful he would do well and boy did he deliver!

It aired on Friday, April 24th at 6 pm. Malone played a 15 song set for an hour and 15 minutes. He was joined by Blink-182 drummer Travis Barker, singer-songwriter Brian Less

The performance opened with “Francis Farmer Will Have Her Revenge on Seattle,” a track from Nirvana’s last studio album, In Utero.

So proud of @PostMalone and crew. pic.twitter.com/50kzSukVTW

This event raised funds for The United Nations Foundation’s COVID-19 Solidarity Response Fund for The World Health Organization (WHO) in support of COVID-19 relief efforts. Donations are still being taken. Just click the “DONATE” button on the bottom or right-hand side of the screen. Google will be matching all donations at a 2:1 rate, up to $5M, with all proceeds going to the UN Foundation. Donate here!

If you’re a fan of Nirvana you will love this.