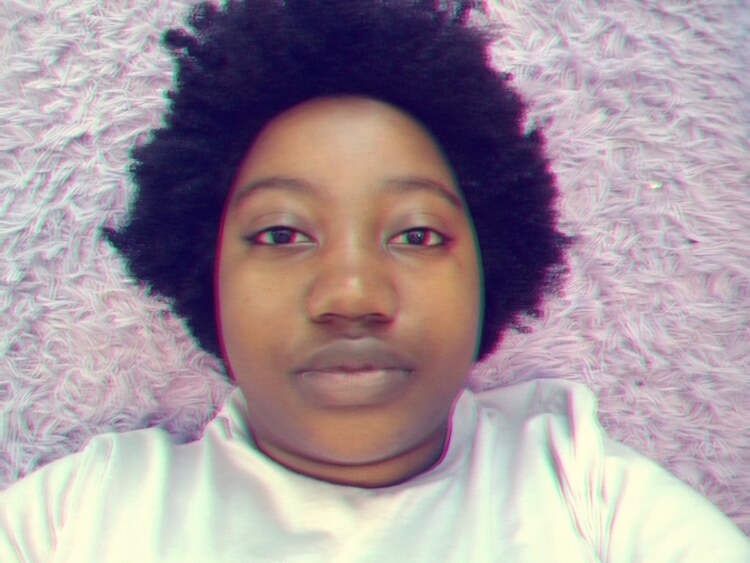 Blackgirlsaregod grew up writing poetry for competitions and singing jazz and pop songs in their bedroom.

After gaining a platform on Instagram for meme art, Blackgirlsaregod decided to share their other gifts with the world in the form of a self-released memoir and song.

The music of Blackgirlsaregod is meant to be otherworldly, yet as familiar and impactful as a hug.

This is the latest single released by Blackgirlsaregod and is a direct response to the Oakland Police Department’s deployment of snipers on June 3, 2020 during Black Lives Matters demonstrations.

Blackgirlsaregod says, “I am from Oakland and live near the downtown area. On June 3rd, the city of Oakland had SNIPERS hovering over thousands of protestors in downtown Oakland, as soon as my friend told me that I got scared and penned a song– I was thinking about my family, how I feel disconnected from the world around me, how I have hope somehow still, how I was terrified suddenly just for my life. When I am feeling very scared sometimes I just need to write and this time it came out as a song. I’ve been scared for my life as a Black femme for a long time, and the current state of the world has just heightened that fear. Some Black people I’ve seen keep mentioning that they feel more connected with their ancestors than ever, and I have to say I agree. I’ve felt my presence from my maternal grandmother since I was young, and even more so lately. This song is for her. This song is for our ancestors, it is for and about my fear, it is for the city of Oakland. Not the government of Oakland–the people.”

Describing their sound as an alternative soul, Blackgirlsaregod draws from their childhood inspirations ranging from artists like Panic! At The Disco to black jazz legends like Sarah Vaughan.

The track opens with striking piano chords that make you take notice then cuts to Cat Brooks an American activist, playwright, poet and theater artist and former Oakland mayoral candidate giving the crowds a heads up about the snipers up on buildings waiting with teargas amongst their peaceful protest. The song then digresses with harrowing vocals and sadness that exquisite and beautiful.

Blackgirlsaregod proves their talent with this single that is a bone-chilling and a must-listen.