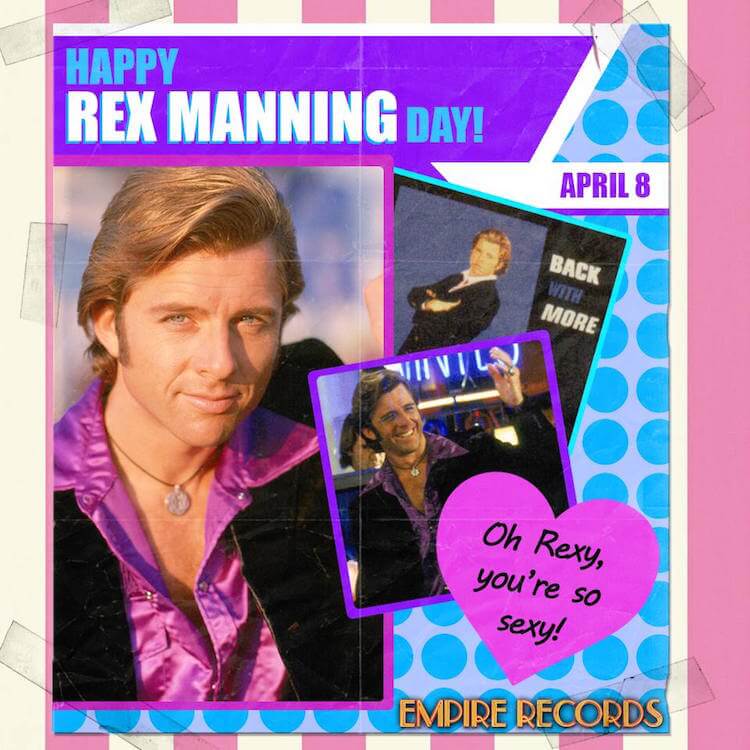 Today, April 8th commemorates the 25th anniversary of Rex Manning Day. If you have never watched this flick you may be asking yourself “what is Rex Manning Day?”

Rex Manning is the fictional musician from the movie Empire Records. This is an awesome film and you should watch it now. The movie takes place one day in a record store in a small town in Delaware. Manning is a has-been pop star who is scheduled to come in and sign autographs.

The employees are pumped and call it “Rex Manning Day”

The date also has some sad significance as well. According to a tweet from Embry back in 2018 it was picked as the day for Manning to visit the Empire because it was the day Kurt Cobain was found dead. It was the day the music of the 90s lost its mascot. It was less than a year and a half before “Empire Records” was released.

The reason we picked April 8th as the day to have the powdered/coifed Rex Manning visit Empire is because Kurt was found on the 8th of April, the day the music of the 90s lost its mascot.#RexManningDay

Happy Rex Manning Day! Go watch Empire Records. You can rent it on Amazon Prime Video. The soundtrack is pretty epic too!

Empire Records is a 1995 American coming-of-age comedy-drama film that follows a group of record store employees over the course of one exceptional day. The employees try to stop the store from being sold to a large chain and learn about each other along the way. Watch the trailer below and rent it on You can rent it on Amazon Prime Video.