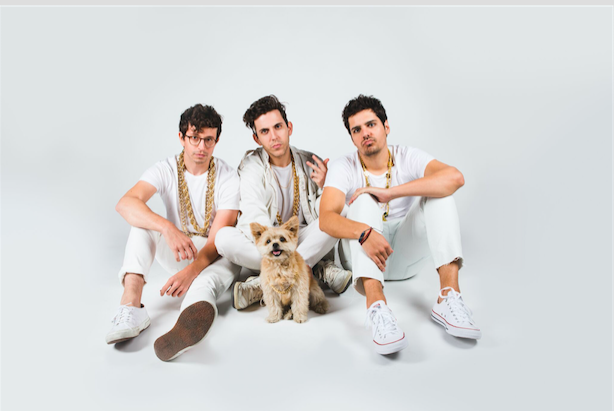 The Los Angeles based, multi-platinum songwriting, production, and remix team Captain Cuts’ recently revealed a video for their debut single “Love Like We Used To (featuring Natter).”

This band is no stranger to the music scene and you may have already sung along to one of their tracks. Captain Cuts co-wrote the inescapable triple-platinum “Shut Up and Dance” with Walk The Moon and wrote and produced Grouplove’s platinum “Tongue Tied,” Halsey’s “Roman Holiday,” Tove Lo’s “Crave,” and more as well as songs for Bebe Rexha (new single “I Got You”), Jennifer Lopez, Tegan and Sara to name a few.

Known for their explosive monthly Emo Nite sets in Los Angeles, Captain Cuts famously broke genre barriers by mashing up turn-of-the-century emo and rock staples from Blink-182, Paramore, and Say Anything with current pop hits from Fetty Wap, Selena Gomez, and Drake on the mixtape If You’re Listening It’s Never Too Late and earning praise from Los Angeles Times, Rolling Stone, Spin,
Billboard, and Alternative Press, along the way.

After penning and/or producing major smashes this song represents the trio’s bold transition from behind-the-scenes into the spotlight. An upbeat and undeniable anthem, “Love Like We Used To” merges energetic production with a show-stopping vocal feature from fellow songwriter and frequent collaborator Nateur. It’s also the perfect introduction to Captain Cuts as artists.