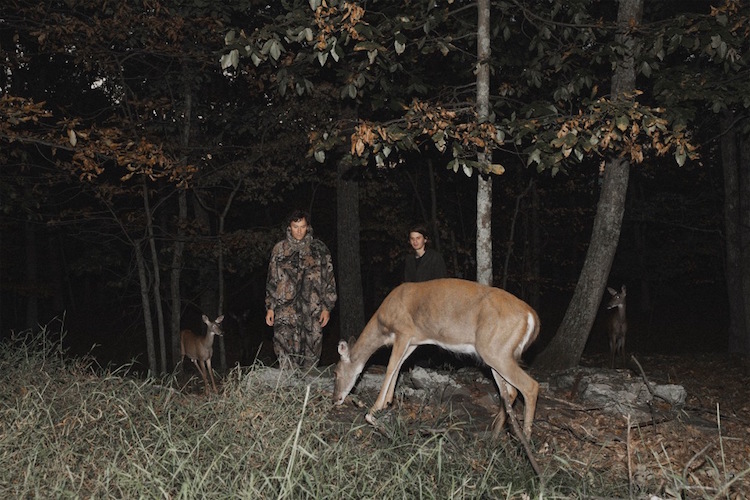 Today’s song is “Camouflage” by The Front Bottoms. This is the latest track from the NJ based The New Jersey-based group.

This week the band announced an upcoming show at Hammerstein Ballroom in NYC on Friday, April 17th, 2020. The event is all ages. If you’re a member of the fan club you can get tickets ahead of the masses. Brooklyn Vegan also announced a pre-sale. Regular tickets go on sale tomorrow, Friday, January 24th at 10 AM.

Released back in December, the track is not associated with any specific release, The Front Bottoms said they would be dropping a new album in 2020. This would be the first release since 2017’s Going Grey.

The video directed by Mark Jaworski, features a black-and-white vignette of Brian Sella, and Mat Uychich getting back to nature as they drive cross country in a van.

The band had this to say about the track “We spent a lot of the last year reflecting. There was a lot to think about, a lot to stress about, and a lot to be happy about. We feel lucky about it all, but it’s getting hard to separate real life and the music, or tell which parts even belong to us and which parts belong to you. That’s the best though. We retreated for a while, learned some stuff, then came back and learned some more. You definitely learn more when you’re around the people you love and the people you care about. We made new stuff, lots of art, all different kinds of stuff, some of which will hopefully never leave our heads. A meditation practice, breathing exercises… life is crazy. New song.”

The new track is getting some love from the fans and you can hear why. It has that special loveable pop fused with a folksy indie riff sound fans have come to enjoy. Even with a similar, there is something quite different about this song with its reflective and introspective lyricism that is humorous and relatable. This is the reason why so many people love their music.

1 thought on “Song of the Day: “Camouflage” by The Front Bottoms”